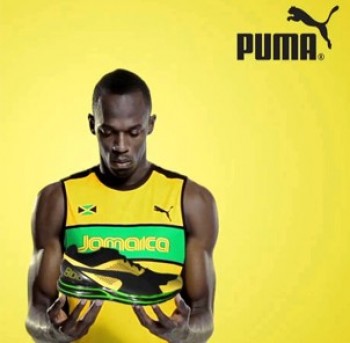 International sports federations receive more than $2 billion per year in sponsorship according to the latest research from Sponsorship Today.

The monthly report series analysed more than 400 deals from 52 international sports federations and found that the average deal value amounted to $4.6 million.

Report author, Simon Rines, points out that there is significant market polarity stating "the report shows that UEFA, FIFA and the IOC account for half of all federation sponsorship income.

"Similarly, soccer federations such as UEFA, FIFA, AFC (Asia), Conmebol (South America) and CAF (Africa) also account for 50% of global federation sponsorship income. There are other significant rights holders, notably in motorsport, tennis, athletics and cricket but there also a lot of sports that don't have mass media coverage and struggle to attract major brands.

"In many cases the smaller federations are doing in-kind deals or being backed by sports specific sponsors such as suppliers of gym equipment and sports flooring. These rights holders need to look at the models developed by their bigger counterparts and structure their rights in such a way that the sponsors really help to develop the sports. Apart from cash, this could be through image and the ability of major brands to run communication programs."

Rines explains "the TOP program has been fantastic for the sponsorship industry and everyone should recognise that it paved the way for a more professional approach across sport.

"However, we now have a situation where some domestic Olympic sponsors are paying more for their rights than those with global sponsorship status. For the Rio 2016 Games, there are national deals amounting to around $300 million, whereas most TOP sponsors pay $100 million over four years, which gives them global rights for Winter and Summer Games. It's difficult to see this model continuing this is no criticism of the IOC, it is effectively a victim of its own success."

In terms of industry sponsorship, financial services is the biggest investor with $360 million committed annually to international federations. The automotive sector comes second, followed by sportswear, telecommunications and alcohol.

The highest spending company is adidas, with an estimated annual investment of $106m, approximately four times more than its rival Nike. Coca-Cola, Visa and McDonalds make up the remaining top five slots.

The report warns of the dangers of complacency among major rights holders as sponsors are paying record amounts for prime rights.

Rines adds "the fact that annual rights to major properties are now well in excess of $20 million means that sponsors really are looking for value.

"They are looking for good sporting content and social media opportunities and if they feel that they can achieve this through personal endorsements or other links to sport, then they might consider cutting back on major federation deals. The big rights holders therefore need to develop their social media strategies to allow sponsors to dovetail into their communications programs. Federations really have to be proactive in understanding the changes in the media landscape and offering opportunities to sponsors."

For more information go to www.imrpublications.com/overview.aspx?sid=37&rid=2