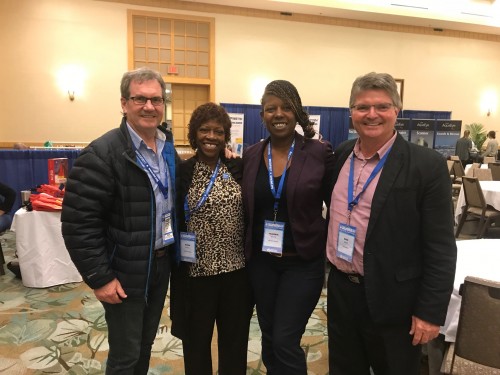 The Australian Swim Schools Association (ASSA) and the USA-based The Josh Project are collaborating to enhance learn to swim, water safety skills and education as vital means to heighten drowning prevention.

ASSA representatives attending the US Swim Schools Conference last October became aware of the work being done by The Josh Project - providing access for disadvantaged children to swimming and water safety lessons in Toledo, Ohio, USA.

The following week they connected at the World Conference on Drowning Prevention and spent significant time at the event engaging in gaining understanding of both bodies objectives and programs, and discussing future possibilities.

The result is a now formalised strategic alliance between both organisations.

Commenting on the alliance, ASSA Chief Executive Ross Gage stated “ASSA is delighted to be partnering with The Josh Project.

“We believe that the expertise in the Association and its Member Swim Schools can assist The Josh Project reach its most worthy goals; including becoming a model that our Member swim schools can in turn benefit from as they enhance their Inclusion programs”.

“We are honoured to be engaging with this world leading swim school body.

“This partnership will strengthen our program and assist with the mission to inform Americans about the everyday threat of drowning and how they can prevent themselves or someone they love from becoming a victim of this worldwide health issue”.

One element of the link will see on-going communication and further meetings during the International Swim Schools Spectacular 2018 on the Gold Coast in August.