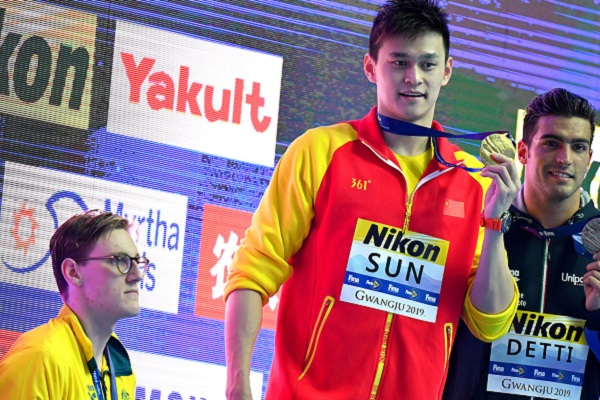 The International Olympic Committee recently published guidelines specifying which types of athlete protests will not be allowed at the 2020 Tokyo Games.

During the Olympic Games, Olympic Charter's Rule 50 guidelines specify that athletes (as well as any other accredited person including trainers, coaches, and officials) are not permitted to protest or demonstrate at all Olympic venues, including:

Any protest or demonstration outside Olympic venues must comply with local legislation wherever local law forbids such actions.

Today’s Olympians now know more about which acts of “divisive disruption” will lead to disciplinary action in Tokyo. While respecting local laws, during the Olympic Games, athletes have the opportunity to express their views and opinions in the following settings:

The new guidelines come after a number of protests such as those made in 2019 by Australian swimmer, Mark Horton, refusing to join world championship gold medalist Sun Yang on the podium because the Chinese swimmer has been implicated in doping violations.

The Court of Arbitration for Sport (CAS) advised that translation problems in the doping case of Sun Yang have delayed the expected verdict.

CAS noted an “agreed-upon written transcript” from the hearing, including Sun Yang’s testimony from Chinese into English, is being prepared to help the judging panel who heard the appeal in open court.

Sun Yang is facing a ban from this year’s Tokyo Olympics if the three-judge panel decides he broke anti-doping rules by refusing to co-operate with officials who visited his home in China in September 2018.