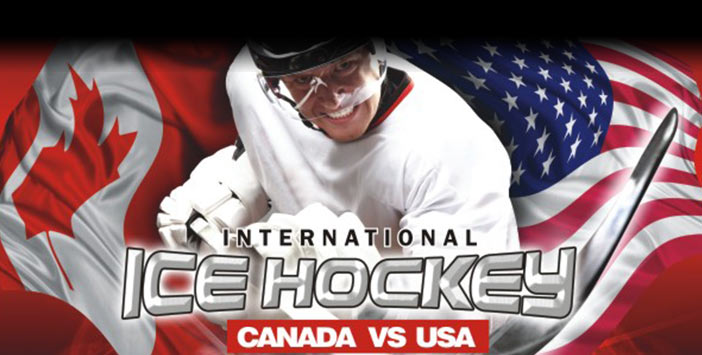 After a sellout tour in 2013, the extended 2014 International Ice Hockey series between USA and Canada will feature players from professional North American leagues, showcasing the famous rivalry of the two nations in Sydney, Melbourne, Brisbane and Perth.

The 2014 series sees Perth and Brisbane host the international games for the first time giving locals a taste of the fast and furious action that saw Sydney and Melbourne venues sell out in 2013.

Promoter Craig Douglas, of Douglas Webber Group, is excited to have these two high profile NHL stars leading their countries into battle in Australia.

Douglas explained “not only are they fine hockey players, they lead from the front and are not afraid to deliver what fans want. Both men are passionate about their sport.

“On the ice, they know how to mix it up, look after their teammates and play hard for the win, but off the ice they represent their country and team with dignity and pride.”

Both teams are playing for the Stopconcussions initiative that drives awareness around brain injury. Recognising that this is an important issue in Australia, a portion of the funds raised through merchandise sales will be shared with Brain Injury Australia.

Due to an overwhelming response to ticket sales for the event at the Perth Arena, which sold out in four-days, a second match has been scheduled for Perth.

Douglas explained “the move to announce a second match is unprecedented, with Perth leading the way in ticket sales across the country.

“It was incredible to see Perth sell out 12,000 tickets in record time. The demand was so overwhelming that we couldn’t help but consider a second match.”

Perth Arena General Manager Michael Scott added “the Ice Hockey is going to be one of the most exciting events we have hosted at Perth Arena and a real spectacle for our city”.

The USA vs Canada International Ice Hockey games will be played at the following venues:

For more information go to www.internationalicehockey.com.au