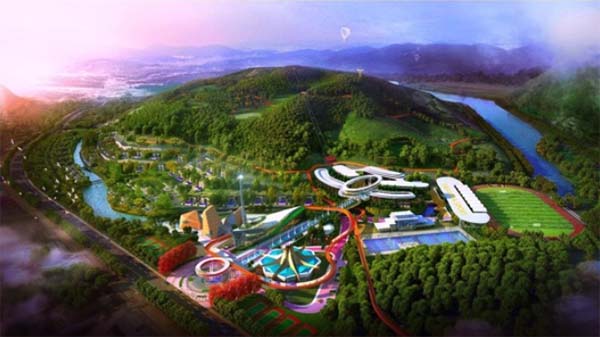 The property will be Thanyapura’s first branded resort in China, and the company expects other management agreements to follow as property developers around the world look for new, experience-driven concepts that inspire guests to optimise their lives.

Thanyapura World believes its model of combining a resort with sports and lifestyle medicine and wellness, meets the needs of developers and visitors that want more than just a hotel with a wellness centre.

Philipp Graf von Hardenberg, president and Chief Executive of Thanyapura World advised: “We are on the cusp of something very big. We offer something quite unique in the international hospitality market that others cannot easily replicate. China is a massive market with unlimited potential, and we are entering at the right time in the right location and with right partners. The Sanya Thanyapura resort also supports the local government’s ambition to become a magnet destination for sports and health tourism.”

The Sanya resort sits on approximately 58 hectares centrally located between Yalong and Haitang Bay and will be designed by Dallas-based architectural firm, HKS, known for its cutting edge sports stadiums, hotels and healthcare facilities.

Thanyapura Sanya will also offer many of the same programs offered by the flagship resort in Phuket, Thailand – for instance, sports training, camps and executive health – which has attracted top athletes the likes of Maria Sharapova, Jenson Button and two-time Ironman world champion Patrick Langer. The Phuket property is the only officially registered FINA (a federation recognised by the International Olympic Committee for administering international competitions in water sports) training centre in Asia.

The expansion into China strengthens Thanyapura’s position as a regional leader in active living and healthy lifestyle resort properties that incorporate green technologies, feature sustainable practices, and deliver personal optimisation. The resort will target families, groups, corporations and individuals looking for a healthy holiday destination where they can optimise their lives and lifestyle.

Thanyapura World is working closely with developers, local governments and health promotion boards throughout Asia to build healthy holiday destinations that offer an escape from the city and access to sports facilities and wellness programmes.

The Sanya Thanyapura resort will be developed by Hainan Tianyi Tourism Investment Co. and managed by Thanyapura Six Arts Resorts Management Company, Singapore. The resort is scheduled to open in 2022.

17th March 2019 - Rise of wellness holidays an antidote to overtourism