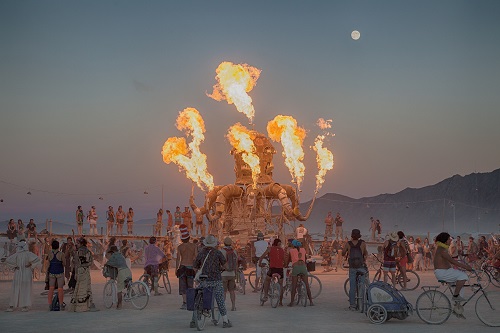 A trip by Tourism and Events Queensland executives to the Burning Man festival in the US state of Nevada is under scrutiny.

Devoted to artistic self-expression, the highly successful nine-day festival in the Black Rock Desert takes its name from its culmination, the symbolic ritual burning of a large wooden effigy ('the Man') that traditionally occurs at the end of the event.

With about 70,000 people attending the event each year, Tourism and Events Queensland (TEQ) Head of Group Events John Drummond Montgomery and Head of Events Operations Rebecca Mantle visited Burning Man as part of tentative plans to develop a similar event in Outback Queensland.

Documents show the pair "met with key international event partners" and went "to gain insights into current trends, ideas, themes and logistics of a large-scale festival".

With newly released Queensland Government figures showing that the trip cost $27,060, the spending has been questioned.

As reported by the ABC, Drummond Montgomery earns a salary of $317,000 and took at least three trips in the past financial year, including an $11,000 events mission to the USA with Queensland Tourism Minister Kate Jones and a $45,000 trip to Thailand with two other public servants for the annual SportAccord conference.

Following the SportAccord visit, the Gold Coast secured the 2019 edition of the conference.

A TEQ spokeswoman said the executives were researching for a similar festival they hoped would be launched in outback Queensland.

The spokesperson told the ABC "Burning Man is a benchmark event for large-scale festivals held in remote locations.

"Two TEQ representatives went to examine aspects of the event delivery to inform an Outback event concept we are currently developing.

"TEQ is always looking for opportunities to grow the state's major event calendar — which is currently valued at $780 million and we are looking to grow that to $1.5 billion in value for the State by 2025." 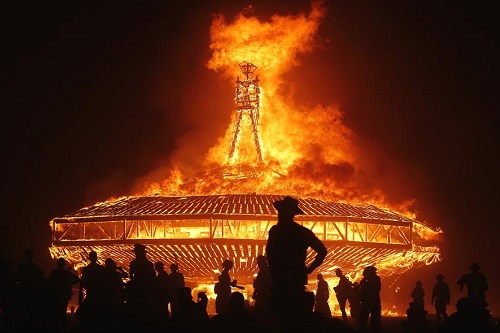 The spokeswoman said the visit also included meeting with stakeholders in Nashville and organisers of the World Surfing League to further develop events on the Gold Coast.

Queensland Art Gallery and the Gallery of Modern Art sent 17 staffers overseas on trips across a number of countries including Japan, Hong Kong, Germany, Turkey and even Iran, costing taxpayers more than $43,000 last year.