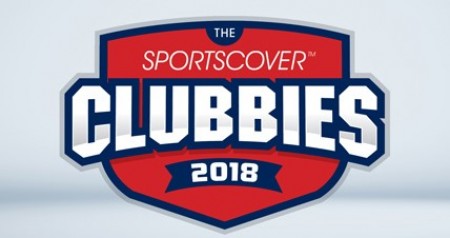 Inside Sport magazine, with the backing of insurers Sportscover and the Confederation of Australian Sport (CAS) have announced details of the 2018 Clubbies Awards.

With Sportscover replacing Polar as the Awards’ new presenting partner, Inside Sport Editor Jeff Centenera explains “we have a passion at Inside Sport for great sport stories, and we’ve found there are so many great ones to be told in grassroots sport.”

Last year’s Clubbies campaign attracted more than 600 entries from 35 national sporting organisations and had a print, digital and social reach of more than 2.3 million sports fans.

The Confederation of Australian Sport (CAS) was established in 1976 as the peak body for Australian sport. While having stepped back from industry advocacy in 2007, today it claims to represent 90 national sporting organisations.

Nominations for the 2018 Clubbies Awards close on 30th January.

A short-list of nominees will be announced on 15th February with voting then open until 15th April.

Winners will be announced on 3rd May.

For more information go to www.insidesport.com.au/clubbies

4th July 2014 - SPORTSCOVER NOMINATED AS EMPLOYER OF THE YEAR