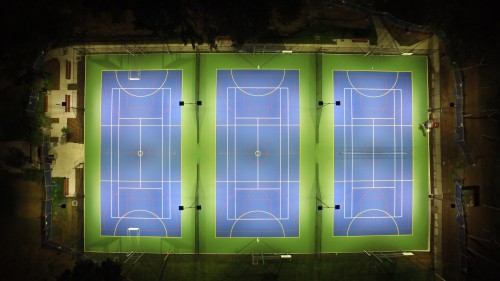 Completed by Court Craft for Waverley Council, the three new multisport courts are the latest stage of a series of upgrades at Waverley Park that has already included a full size artificial turf synthetic rugby, rugby league and football field.

The multisport courts have be designed as open/community access courts for basketball, netball and tennis – with appropriate markings – and comply with competition standards.

The surface used in the development is Court Craft's Plexipave Allsports in Velocity Blue and Dark Green with sports equipment from Grand Slam that includes height adjustable netball posts, basketball towers with a 5.4 metre outreach to ensure netball and tennis competition standards runoff. 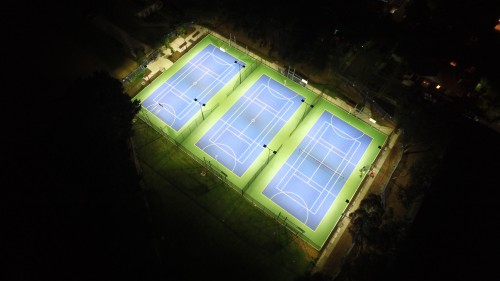 As part of the development, the Council also developed a sports lighting plan to ensure adequate lighting for the courts, using state-of-the-art LED fittings from Environmental Lighting Australia (ELA).

In undertaking the development for the Council, Court Craft was allowed to submit an alternative tender design which reused site won materials in base and landscape construction, and changed the courts’ pavement to bitumen from concrete, resulting in almost no trucks leaving site, no fill importation and a overall saving of close to $200,000 from the tender design.