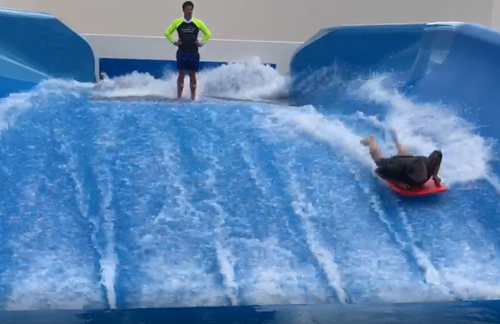 Fairfield City Council has marked the arrival of summer with the opening of an innovative artificial wave ride attraction, the Wave Rider, at its Aquatopia waterpark.

Located inside Prairiewood Leisure Centre, the Wave Rider was supplied by Murphy’s Waves Ltd and marks the Scotland-based company’s first installation in Australia.

Providing a surfing experience without the need to travel long distances to the beach, Fairfield Mayor Frank Carbone commented “we’re bringing the waves to Fairfield City (and) “I encourage all members of the family to come down and try the new Wave Rider and experience the thrill of surfing.

“The Wave Rider is an investment in our community that continues to build Aquatopia into one of South West Sydney’s best attractions for affordable family fun.” 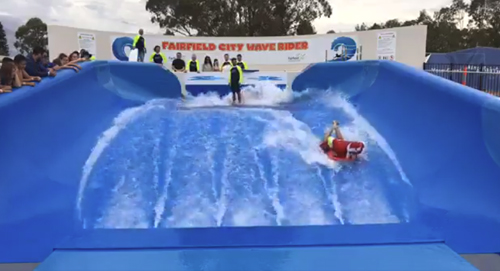 Free to use as part of entry to Aquatopia, the Wave Rider add to the popular Aquatopia’s current attractions that include three giant 10-metre slides, adventure aqua tower with water cannons and toddler play area.

Mayor Carbone added “there is no better place for residents of all ages and abilities to have fun, cool down and spend quality time with their families.”

The Wave Rider is the first of two attractions set to open at Aquatopia for season two. The Fishpipe - a unique 90-second rotating water barrel ride - is scheduled to open in January.

Images: Fairfield Mayor Frank Carbone (top) and Santa (below) put the Wave Rider to the test at its opening today.