Innovation the secret to success at the 2016 Australian Open 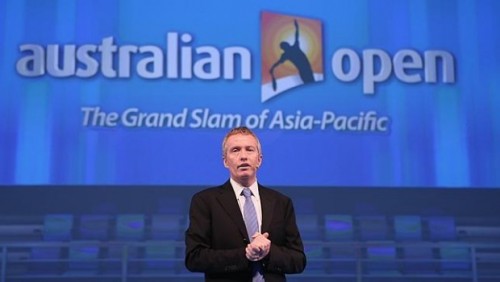 The 2016 Australian Open has been deemed the most successful in the history of the event with the ‘Grand Slam of Asia-Pacific’ now seen as an international festival of tennis, entertainment, food and lifestyle experiences.

This year saw the event attract a record 720,363 fans sharing in the excitement, smashing the previous attendance record of 703,899 set in 2015.

A delighted Australian Open Tournament Director Craig Tiley explained “we are showcasing the Australian Open as one of the most innovative and dynamic events in the world.

“This year we unveiled several world firsts including 360-degree digital walls wrapping all three stadium courts, the most comprehensive host broadcast of any Grand Slam and our celebration of inspirational women as part of women’s semi finals day.

“The inaugural Australian Open Festival at Birrarung Marr served up a taste of Grand Slam action and excitement right in the heart of Melbourne and provided the perfect pathway for tennis fans to and from Melbourne Park.”

With the economic impact of the Australian Open to be released later this year, Victorian Minister for Sport, Tourism and Major Events John Eren added “the Australian Open is one of world sport’s great events – the numbers prove it.

“These are the events other cities would dearly love, because they generate enormous benefits for the state and showcase our strengths to the world.”

Australian Open 2016 facts:
• World No.1 and top seed Novak Djokovic (Serbia) collected his sixth Australian Open crown with victory over world No.2 Andy Murray (Great Britain) 6-1 7-5 7-6(3). The win brought him level with Australian tennis legend Roy Emerson as the most successful Australian Open men’s singles player
• World No.6 Angelique Kerber (Germany) won her first Grand Slam crown with victory over world No.1 and top seed Serena Williams (USA) 6-4 3-6 6-4. Kerber was presented the Daphne Akhurst Memorial Cup by tennis legend Evonne Goolagong Cawley (Australia) on the 40th anniversary of her 1976 title win
• 53 nations were represented among the 256 players competing in main draw singles. There were 41 countries represented in the men’s singles, including 15 players from Spain, and 38 in the women’s singles draw, including 17 from the USA. The USA was the most represented nation overall, with 31 players in action

• A total of 727 players from 67 nations competed across all events, including juniors, wheelies and legends
• 18 Australians took part in main draw singles, with seven players advancing to the second round, four to the third round and two to the fourth round
• A record 15,543 people attended the fourth annual Kids Tennis Day presented by Nickelodeon. The Rod Laver Spectacular saw Roger Federer, Novak Djokovic, Victoria Azarenka, Caroline Wozniacki, Milos Raonic and Lleyton Hewitt join Nickelodeon’s Teenage Mutant Ninja Turtles, entertainers and more for some fun on centre court.
• The inaugural Australian Open Festival at Birrarung Marr served up a taste of Grand Slam action and excitement right in the heart of Melbourne with 250,374 attendees during the two weeks
• Kids’ World was visited by 30,788 parents and children
• Ten sessions attracted a record crowd, including a first Thursday day/night record of 77,746 fans. The previous first Thursday day/night record of 68,524 fans was set in 2012
• Heineken Saturday on the middle weekend of the tournament was the busiest of any day/night in tournament history, with 81,094 fans on site at Melbourne Park
• The tennis family, including players and their entourages, tournament guests, officials and staff, generated more than 17,500 hotel room nights in Melbourne across December and January
• More than 1800 tennis fans sailed to Melbourne Park on P&O Cruises’ third annual Australian Open cruise
• More than 448 journalists and 164 photographers from 254 media outlets provided detailed coverage of the Australian Open, including 214 international media from 40 different countries
• There were 785 broadcast personnel including 442 international broadcast staff from 26 international broadcast groups, 341 domestic broadcast personnel from one domestic broadcaster and four domestic news access groups 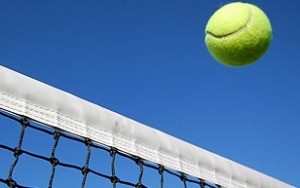 • In its second year of managing the Australian Open host broadcast, Tennis Australia provided the most comprehensive broadcast coverage of any Grand Slam
• Tennis Australia’s host broadcast team produced and delivered 641 matches live, up from 411 in 2015, including all main draw, juniors, legends and wheelchair matches on 16 courts
• For the first time all practice courts were included in the host broadcast coverage, increasing TV exposure to a total of 28 courts across Melbourne Park
• 119 individual host broadcast cameras across Melbourne Park captured all the action on and off the court
• Eurosport‘s coverage of the Australian Open served up record ratings across Europe with average live audiences up 17% on the 2015 tournament, and the finals achieving the highest ratings for tennis in Eurosport history
• Eurosport had a record 4.85 million viewers in Europe for the women’s final between Angelique Kerber and Serena Williams
• The men’s final also set a record for Eurosport with a total 4.37 million viewers, including a 1.1 million peak, the best ever result for a men’s tennis match
• During match point of the men’s final between Andy Murray and Novak Djokovic, Eurosport 1 was the most-watched channel in the UK
• Germany recorded its highest ratings for a tennis match on Eurosport 1 when Angelique Kerber upset title favourite Serena Williams, with an average of 1.47 million viewers and a peak audience of 2.46 million. It had audience shares of 14.7% (A3+) and 17.9% (M20-59). The match also achieved the highest Grand Slam final ratings for Eurosport 1 in Poland
• In Japan, Kei Nishikori’s quarterfinal against eventual champion Novak Djokovic averaged 30% of the total market share on national broadcaster NHK, with other Nishikori matches averaging between 20-30% of the market share
• In the USA viewership of the first 10 days of the Australian Open on WatchESPN was up 33% on 2015 figures, with 102.3 million live minutes viewed
• More than 380 ballkids between the ages of 12 and 15 participated in the Woolworths Ballkid Program, including 329 from Victoria, 25 from interstate, 20 from Korea, six from China, two from Singapore, and two from France (Roland Garros)
• There was a total of 423 umpires and linespeople officiating at the tournament, with 91 from overseas and 158 from interstate
• Players were transported by a fleet of 110 Kia cars during the tournament, with more than 300,000 kilometres covered by 230 drivers and 22 operational staff
• More than 8,500 staff, contractors and volunteers employed by Tennis Australia, Melbourne & Olympic Parks and catering suppliers Delaware North worked behind the scenes to deliver Australian Open 2016.