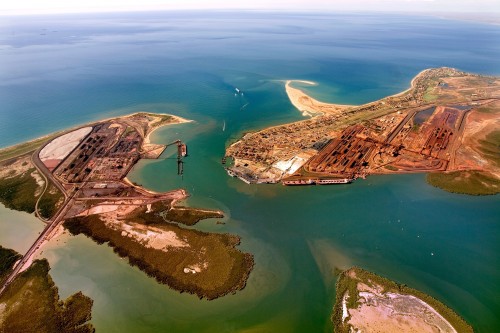 An acute shortage of skilled labour in leisure and tourism, with many workers heading to the mining industry, where pay is much higher, is concerning Federal Minister for Tourism Martin Ferguson.

Minister Ferguson recently conceded that the industry is facing a shortage of some 36,000 workers. The issue has been identified as the second highest concern among tourism operators, behind the strong Australian dollar, with 25% of respondents rating it among their top three business impediments in the latest TTF-MasterCard Tourism Industry Sentiment Survey, conducted by the Tourism & Transport Forum (TTF).

TTF Chief Executive John Lee said finding and keeping good staff is a challenge, stating "tourism cannot compete with the wages being offered by the mining sector for staff including chefs, cooks and cleaners ... and there are thousands of unfilled tourism jobs around the country as a result.

"Tourism businesses in certain regions (can now) employ seasonal labour from Pacific countries and East Timor which should help alleviate this issue and we will be keeping a close eye on how this trial goes.

"However, the survey shows a wider concern over staffing which may be beyond the scope of the trial."

The TTF-MasterCard Tourism Industry Sentiment Survey also shows that more than 90% of tourism operators expect Asian markets to become more important to their businesses over the next two years.

Lee adds "the potential of Asia is enormous (but) we cannot afford to take it for granted, with our competitors also acutely aware of the opportunities on offer.

"Tourism businesses must continue to develop products and service standards to meet the demands of Asian visitors, who currently account for 41%of all international visitors and 49% cent of spending in Australia ($11.8 billion a year), but will make up 45% of international arrivals and 54% of spending ($18.9 billion) by 2020.

"It is also vital that we deliver a great experience for first-time visitors from Asia, as they are the repeat visitors of the future, and repeat visitors account for almost two-thirds of international visitation to Australia."

Respondents to the survey were generally positive about key business indicators, with metrics rising across the six categories.

Forward bookings, sales and profitability all rose, along with the capacity to employ more staff, make major investments and refurbish existing product, with increases in the number of respondents rating them "equal or better" to what could be expected at this time of year.

The survey also showed significant improvement in the performance of the industry, with international at 90 points, up 20 points compared to the final quarter of 2011 and 14 points above expectations for the quarter, with domestic at 88, up 3 points on the previous quarter, on par with expectations.

However, even at those levels, performance remains below average (average = 100) for that time of year.

The survey was conducted in the lead up to the release of the 2012-13 federal budget, which included a 17% increase in the passenger movement charge, further funding cuts for Customs staff, and additional costs for airports to cover the cost of Australian Federal Police.

Meanwhile, Miniser Ferguson has stressed that hotels, motels, serviced apartments and other tourism accommodation providers across the Northern Territory, Broome, Kangaroo Island, Tropical North Queensland and the Whitsundays have been able to employ seasonal labour from Pacific countries and East Timor from 1st July under the three-year trial announced in December last year.

The trial builds on the success of the Pacific Seasonal Worker Pilot Scheme which has provided opportunities for 12 East Timorese to gain work and training experience with accommodation providers in Broome.

Image: Port Hedland, one of the key centres of Australia's mining industry.