Industry advises ‘business as usual’ for most of New Zealand tourism 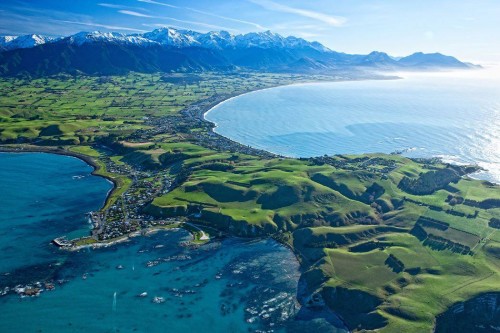 While some travellers have had their travel plans disrupted, tourism bodies are advising that most of New Zealand has been largely unaffected by yesterday’s earthquake off the east coast of the South Island.

Tourism Industry Aotearoa (TIA) has stressed that it is important that the ‘business as usual’ important this message gets out, with Chief Executive Chris Roberts stating “after the Christchurch earthquakes, other regions that hadn’t been directly impacted saw a significant drop off in visitors.

“We don’t want a repeat of that.

“(While) travel to North Canterbury is not currently advisable, for Christchurch and elsewhere we really hope people continue to travel for business and leisure”.

A number of visitors are currently stuck in Kaikoura and Hanmer Springs and are being assisted by the local tourism businesses.

Tour operators are busy re-arranging itineraries for groups that were due in the area. They are also reassuring those yet to arrive in New Zealand that it is still safe to come.

“We have been in contact with a number of our Hanmer Springs and Kaikoura members, many have big clean ups underway and are keen to get back on track.

“One resourceful Hanmer Springs member took to their BBQ yesterday morning as the power was out and they had people to look after. That’s the sort of resilience we see time and time again in this industry.”

Roberts reiterated that New Zealand remains a safe a place to visit, stating “like many countries, New Zealand gets earthquakes and this time it is North Canterbury’s turn to bear the brunt.

“It’s going to take a while to truly gauge the timeline to get State Highway 1 open again, so new travel routes will be needed.

“Fortunately, there are options for alternative routes. Beyond North Canterbury it’s very much business as usual.”

Image: Aerial view of Kaikoura, near the epicentre of yesterday's earthquake.