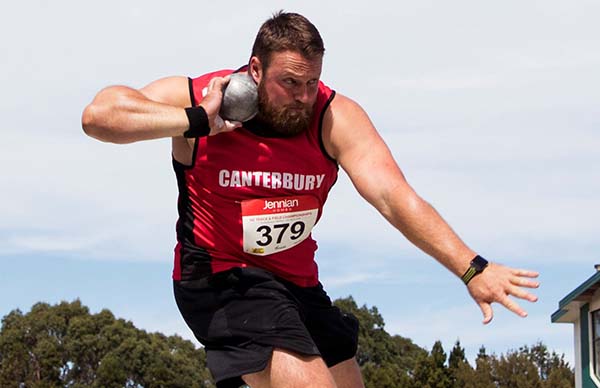 Christchurch City Council and Athletics New Zealand have signed an agreement to develop a new 20 metre by 30 metre Indoor Throwing and Strength Training Facility on the site of the Christchurch’s Ngā Puna Wai Sports Hub, a feature which is in line with the original concept for Ngā Puna Wai.

The indoor training facility will be built to help current and budding throwing sports stars hone their skills and improve their strength.

Christchurch City Council and Athletics New Zealand signed an agreement earlier this week to develop a new 20 m by 30 m Indoor Throwing and Strength Training Facility on the site, a feature which is in line with the original concept for Ngā Puna Wai.

The indoor training facility is designed for training in throwing sports, including shot put, discus and hammer throw, and will also house strength and conditioning equipment that all Ngā Puna Wai sports people will be able to use.

The facility will be located within the current athletics zone at the sports hub and is expected to open later this year.

It will provide a place for athletes to train during the winter months in preparation for this year’s Tokyo Olympic Games, which begin in July.

Athletics NZ and its partners are investing the total capital cost of $686,000 and will also pay for all operational and running costs for the facility.

Additional toilets planned for Ngā Puna Wai will be installed by the Council in the new facility.

Athletics New Zealand Chief Executive Peter Pfitzinger says its vision is for New Zealand to become the leading throwing sports nation in the world advising “we are delighted to be working in partnership with Christchurch City Council to develop the Indoor Throwing and Strength Training Facility at Ngā Puna Wai.

“We are truly grateful to Sport NZ and High Performance Sport NZ for funding construction of this facility, which will support the training of Canterbury throwers, including Olympic medallist Tom Walsh, who is based in Christchurch.

“The facility will cater to elite athletes with dreams of following in the footsteps of shot putter Walsh, as well as younger sports people who are still developing their skills.”

Council Recreation and Sports Services Manager David Bailey says the new training area will be a fantastic addition to the already popular hub adding “having a facility like this will allow Ngā Puna Wai to cater to an even wider range of athletes and allow them to train in all weather conditions. Its focus is on throwing sports but it will have a broader application across other sporting codes and recreation activities.

“It’s another example of the Council partnering with sporting organisations for the benefit of our community.”

Located next to the Canterbury Agricultural Park in Wigram, NPW opened in stages from late 2018 and has become the new home for the four sporting codes, as well as providing community playing fields.