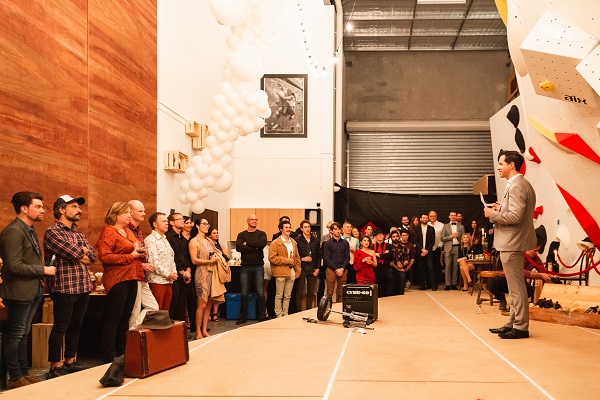 Having completed numerous installations over its decade of operations, the Brisbane-based company is confident of future growth, particularly with sport climbing set to make its Olympic debut next year at the Tokyo 2020 Games.

ICP founder Rob Parer, who at the time was making climbing holds, founded the company in 2009 after seeing a lack of variety in the industry.

Looking back, he explains “from making climbing holds we then moved on to sponsoring competitions and athletes, and currently we supply climbing walls, climbing holds and route setting to the climbing industry.

“It’s been a crazy ride along the way. We started off in a 2 metre² foyer space and now we have our own headquarters in Brisbane.

“I really wanted it to be a hub for the climbing industry to learn and grow together.”

Looking forward, Parer advises “there are a lot of cool things that people can expect in the future. We’re working on new safety matting, a new marketplace for indoor climbing, and more Masterclasses with international route setters.

“We’re always looking forward and trying to think of what else we can do to bring great climbs into the hands of climbers.”

For more information on ICP, click here to view their entry and contact details in the Australasian Leisure Management Supplier Directory.