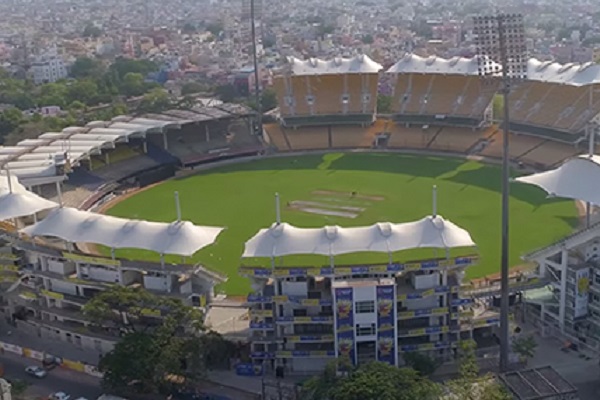 The Indian Premier League, usually the most-attended cricket league in the world, is continuing to be played in empty stadia despite the massive surge in COVID-19 cases and deaths across the subcontinent.

While media reports show crematoriums struggling to deal with the demand of bodies coming their way as a result of Coronavirus deaths, Indian Premier League (IPL) matches continue.

Now in its 14th year, the cricket world’s richest tournament has continued, with journalist Anand Vasu advising that “the justification for the competition continuing (is) that the tournament would provide succour to those who are forced to stay indoors in the evening, on the back of varying degrees of lockdowns implemented in the country.”

With its 2020 season having been delayed and eventually being played in the United Arab Emirates - again without fans - the Board of Control for Cricket in India (BCCI) has continued with this year’s competition with minimal schedule changes, mindful that the country is scheduled to stage the men’s Twenty20 World Cup in October and November this year.

While being broadcast, Indian Police guard barricaded gates around grounds to prevent fans getting close to venues while IPL players are being moved around India’s cities in full PPE hazard suits with face masks.

They are now tested every two days and cannot even order food from outside their ‘bio-bubble’ hotels.

While the BBCI India has assured the players that they are "totally safe" three Australians left the IPL earlier this week. With other oversees players who remain described as being “nervous”, on Tuesday the IPL reassured foreign stars in the tournament that they are “totally safe”.

In an email sent to players and coaches, BCCI acting Chief Executive, Hemang Amin advised “we understand that there are (a) few apprehensions and concerns regarding the general situation in India and the withdrawals of certain cricketers.

“We completely respect the decision taken by the players and extend our support to them in every way.

“At the same time, we would also assure you that you are totally safe within the bubble.”

With the IPL’s ‘bio-bubbles’ to remain tightly sealed around the players for the rest of the tournament which ends on 30th May, IPL broadcasts also include public service messages about wearing masks and maintaining social distancing.

Image: An empty MA Chidambaram Stadium in Chennai, one of six venues being used for the 2021 IPL.