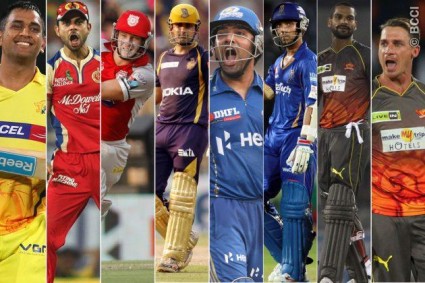 With the Indian Premier League struggling to replace two teams banned from the competition in the wake of a corruption scandal, global valuations firm American Appraisal has predicted that the brand value of the Twenty20 league will dip by about 15%.

With the BCCI (the Indian cricket board) looking to find a way to have eight teams in next year's IPL, the drop in valuation will be due to the fact that the two new teams will have to start from scratch and will find it difficult to attract sponsorship than an established brand with loyal followers.

Varun Gupta, Managing Director of American Appraisal India, told The Times of India "the new teams will certainly have an uphill task.

“The existing teams may garner the same level of revenues that they were garnering but when they come to the negotiating table for the next deal, there might not be as much of an increase as they would have had if everything was going smooth.”

Gupta cited the example of when the Sunrisers Hyderabad replaced Deccan Chargers for the 2013 IPL season - with the value of the new team declined by about 30 to 40%.

The Twenty20 league has also faced the challenge two new teams — Kochi and Pune — that entered the IPL only to make early exits.

The banned teams, Chennai Super Kings and Rajasthan Royals, have each been banned from the IPL following an illegal betting and match-fixing probe, with the Super Kings having been on of the three largest and most successful teams in the league.

Advertisers and sponsors too are not happy with the happenings in IPL.

A top official at a leading global firm which has invested heavily in IPL said that the issues surrounding IPL have to be cleaned up at the earliest.

Not wishing to be named as his company is still involved with IPL, the official stated “valuations are eroding and the lack of two plum teams directly impacts our marketing plans and how much we could have leveraged from our investments.”

The chief executive of a top consumer goods firm chose to draw comparisons with the FIFA corruption controversy.

The executive, also unnamed, stated "in (the) case of (world football governing body) FIFA which is also hit by controversy, large sponsors like Coca-Cola and McDonald's have openly and formally demanded third party independent probes and internal reforms.

“After all, it's their money.

“But that's not possible in the case of IPL — there are too many coteries and lack of transparency here which creates an environment where companies are hesitant to openly speak out.”

Since its creation in 2008, the IPL has been beset by a series of corruption scandals but remains hugely popular in India and is a key revenue earner in global cricket.