Yoga devotees around the world are preparing to gather at events to mark the first International Day of Yoga on Sunday 21st June.

As India pushes to raise awareness about the ancient discipline, events will be held on Sunday in 177 countries, including Australia, where yoga practitioners will gather in studios, dojos and public spaces to mark the event.

The idea of a yoga day was first mooted by Indian Prime Minister Narendra Modi, a yoga practitioner himself, who spoke about the benefits at the United Nations in November last year.

Following this address, in December last year the UN declared 21st June as the International Day of Yoga.

In his UN address, Prime Minister Modi stated stated that yoga helps people "discover the sense of oneness with yourself, the world and the nature."

More than 35,000 people will gather in New Delhi for a half an hour public yoga session which will begin at 7am (local time), hoping to secure a place in the Guinness Book of World An ancient practice, yoga has grown exponentially in recent times and is enjoying unprecedented popularity in many developed countries. 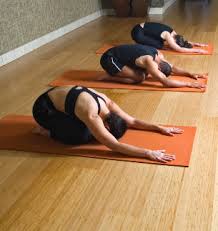 Commenting on the growth, Yoga Australia Chief Executive Shyamala Benakovic said yoga was becoming more mainstream in Australia, explained "there's been a lot of research and studies showing the benefits of yoga - it's across all age groups, from children to senior ages.

"The major trend is that it is being absorbed into everyday life (and) it is becoming part of sport - they do a lot of yoga - (and) part of the school system."

Benakovic  added that yoga's malleability allowed people to work it into their life in any way they want, with many different variations of yoga on offer.

According to a 2012 study by Yoga Journal, about 20 million people are estimated to regularly perform the exercises in the United States, spending an annual $US10 billion on classes and related products.

Click here for more information on the International Day of Yoga.