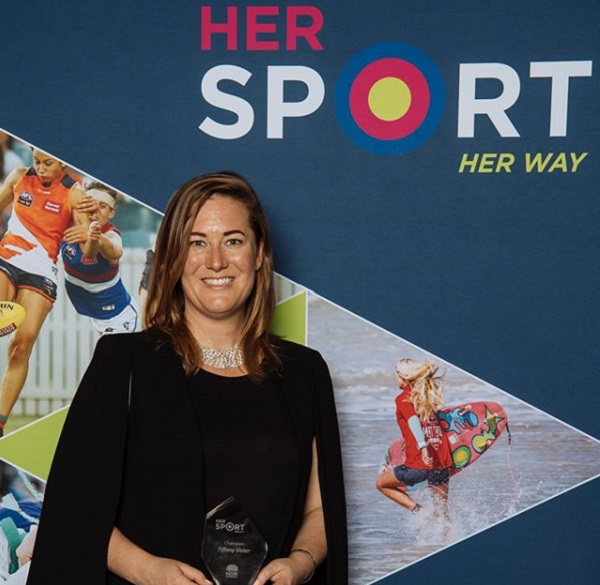 Women shifting the sporting landscape in NSW have been honoured at the first ever Her Sport Her Way Awards, at the Women in Sport Gala Dinner in Sydney last evening.

Announcing the six winners across four categories, with NRL Women’s Elite Program General Manager Tiffany Slater receiving the highest accolade, the Her Sport Her Way Champion award, NSW acting Minister for Sport Geoff Lee stated “Tiffany has been the driving force behind the success of women’s rugby league and is a role model who exemplifies all the qualities of a true champion.

“Tiffany can be proud of the continued rapid growth of women’s elite rugby league in NSW and indeed across the country.”

The Her Sport Her Way Champion award recognises outstanding achievements and commitment to furthering opportunities for women and girls to participate in sport.

acting Minister Lee added “it’s a great moment for the NSW Government to recognise Tiffany’s achievements because they are having a direct impact on grassroots rugby league, as girls continue to take-up the sport and aspire to be elite athletes.”

Under Slater’s leadership, women are now being paid more to play rugby league and women’s rugby league matches were the most watched women’s sports programs in 2019.

Commenting on her receipt of the Her Sport Her Way Champion award, Slater advised “I feel privileged to be able to play a role in shaping the future of women’s rugby league and contributing to the growth of women’s sport and gender equality more broadly.

“I am honoured to receive this award which represents the hard work of many people over a number of years that has brought women’s rugby league to where it is today.”

With Northern NSW Football (NNSW Football) receiving the Outstanding Organisation award, NNSW Football Chief Executive, commented “the recognition from the Office of Sport is greatly appreciated. The increased presence of women and girls throughout our game is reflective of the cooperation of Member Zones, and in particular local clubs who champion participation opportunities for women and girls in their communities.

“I take this opportunity to recognise the expertise and commitment of NNSWF’s Female Participation Officer, Holly Ayton who has worked tirelessly with a myriad of stakeholders to promote and implement opportunities for women and girls to enjoy our great game,”

“In response, NNSWF and FNSW will launch a State Infrastructure Strategy in May which will identify and prioritise facility development requirements throughout NSW.” 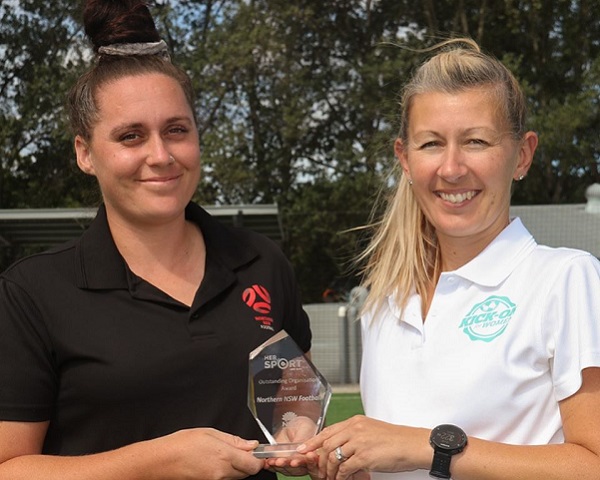 Her Sport Her Way is the NSW Government's vision for the future of women in sport. It features 29 initiatives that aim to increase participation, fund female-friendly facilities, maximise investment and increase the number of women in leadership.

Her Sport Her Way Award winners

Champion
Tiffany Slater, NRL Women's Elite Program, General Manager
Recognises a woman for her outstanding achievements and their commitment to furthering opportunities for women and girls to participate in sport.

Trailblazers
• Alex Blackwell, cricket pioneer and LGBTQI advocate
• Carolyn Campbell, Chief Executive, Netball NSW
• Dr Johanna Adriaanse, UTS academic, International Women’s Group on Women and Sport
Recognises up to three women whose exceptional long-term efforts have advanced the opportunities for women and girls in sport. These women have left a legacy for their sport and may have retired.

Young Achiever
Claudia Bell - NSW Rugby Union Development Officer
Recognises an individual under 25 who has made a significant contribution to the advancement of women or girls in sport.

For more information go to www.sport.nsw.gov.au/her-sport-her-way-awards