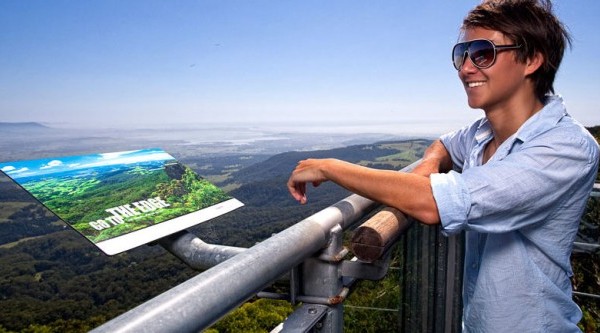 Treetop walkway the Illawarra Fly will this month be marking 10 years of operations, during which time it has become one of the most popular visitor attractions in regional NSW.

Suspended 20 metres above the forest floor at on the edge of the Illawarra escarpment, the attraction welcomes more than 60,000 visitors per year – the majority from outside of the region – who annually contribute about $2 million to the local economy.

Conceived in 2005 when Kiama Municipal Council approved a development application for the attraction, the eco-tourism development was the first of its kind in NSW. Construction commenced in September 2007 and was completed in February 2008

Following a ‘tread lightly’ approach in its construction, existing farm tracks where used to rbing materials to the site so no trees needed to be cut down. Around 160 tonne of steel was used, manufactured locally at BlueScope Steelworks in Port Kembla.

Operated by Merlin Entertainments since 2012, the attraction was expanded with the addition of a the Illawarra region’s first zipline in 2014, featuring a series of integrated cables spanning 247 metres which allows guests to sail through the treetops.

The sky-high Zipline Tour was similarly designed in such a way to have minimal impact on its natural surroundings and be environmentally sustainable and, like the original walkway, was installed manually so no machinery or vehicles had to be brought in.

The zipline’s the individual cloud stations were attached to the trees in such a way that they can continue to grow through the equipment.

Commenting on its value, Destination Wollongong General Manager Mark Sleigh explains “the Illawarra Fly is a tremendous example of what can be achieved by a tourism asset with operators who have commitment and vision.

“One of the great strengths of the attraction is that it continues to evolve, with new reasons to visit added regularly making it attractive to both returning and first time visitors to the region.

“The zip line in particular is a perfect example of what can be achieved with sensible eco-tourism projects, activating the escarpment in an exciting and adventurous way.”

Image courtesy of the Illawarra Fly.