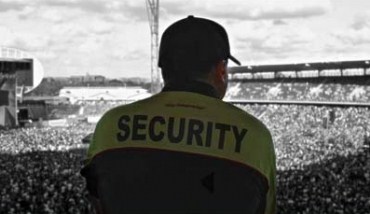 The International Centre for Sport Security (ICSS), the not-for-profit organisation based in Qatar, highlighted a number of pressing needs to make sport events safer when its officials attended last week's Sponsors Sports Venue Summit in Munich.

ICSS President Mohammed Hanzab emphasised the importance of developing a tailored, international approach to help tackle emerging threats to the integrity of sport.

Hanzab explained "international sport now faces dangers not only from global social, economic and political developments but from those who want to disrupt it or take criminal advantage of its global popularity and international success.

"As a result, there is now a critical need for international sports bodies and organisations to collaborate and develop tailored, international solutions to help tackle these threats and ultimately protect the integrity of sport."

Speaking on a panel addressing the topic 'Violence in Stadiums: Draconian punishments vs. an integrative approach', ICSS Executive Director Helmut Spahn told delegates "recent events in the world of football continue to highlight the importance of embedding fans into the heart of a well-prepared and holistic security program and, in order to understand the motivation behind why some football fans exhibit extreme behaviour.

"It is important that major event organisers and governing bodies consider the wider social, economic and political atmosphere and provide flexible and appropriate security measures to account for any potential threat."

Later, in a workshop entitled 'A dangerous game: Crisis management is indispensable, but how can it be made efficient? ' Spahn stressed the need for early planning when preparing to host a major event.

Spahn stated "early planning and preparation is integral to identifying potential risks and responding quickly and effectively to any threats that may arise during the event itself. It is important that major event organisers implement extensive security concepts that are not only thorough, but flexible to the needs of the event and the operating environment."

Speaking during the session, Palme stated "as we have seen recently, hosting mega events, such as an Olympic Games or FIFA World Cup, now generates a significant amount of attention from international media. As a result, implementing an effective PR strategy is now an essential part of planning for and hosting a successful major international sport event. With many new nations looking to host major sport events, there is now a critical need for event organisers, governments and stakeholders to embed international media into the early stages of their pre-event planning and build-up."

The 2012 Sponsors Sports Venue Summit, took place at the Allianz Arena in Munich, Germany from 5th to 6th September.

In March 2013, the ICSS will be hosting the third International Sport Security Conference, in Doha.

For more information go to www.theicss.org