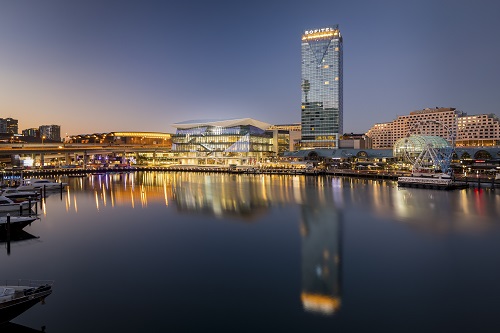 The International Convention Centre Sydney (ICC Sydney) has released new figures revealing that it has welcomed its two millionth visitor, with delegates and visitors attending events on site injecting more than $1.2 billion into the local community since it opened in December 2016.

The benefits continue to roll in as venue anticipates 65,000 visitors to the Sydney International Boat Show this weekend who are expected to spend a further $24 million in Sydney.

The largest recreational marine show in the Southern Hemisphere, the event will feature 250-plus exhibitors and over 1,000 vessels across the venue’s entire exhibition centre and a purpose-built marina in Cockle Bay. 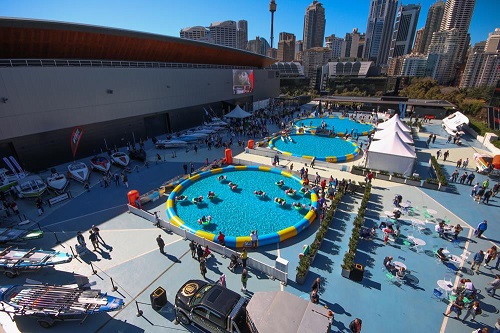 ICC Sydney welcomes the event for the second consecutive year, following the highly successful 2017 program, which attracted 3,000 more visitors than forecasted and facilitated $250 million worth of business on site.

NSW Minister for Tourism and Major Events, Adam Marshall has applauded ICC Sydney for its contribution to the State’s visitor economy, commenting “conference delegates and event attendees at ICC Sydney have now spent at least $1.2 billion in the NSW economy in just over 18 months.

“This exceptional outcome is a clear demonstration of the extensive flow on benefits the NSW Government’s investment in ICC Sydney is delivering.”

ICC Sydney Chief Executive Geoff Donaghy said he is proud to continue elevating Sydney’s reputation as one of the world’s most desirable business event destinations and drive visitation to the heart of Darling Harbour. 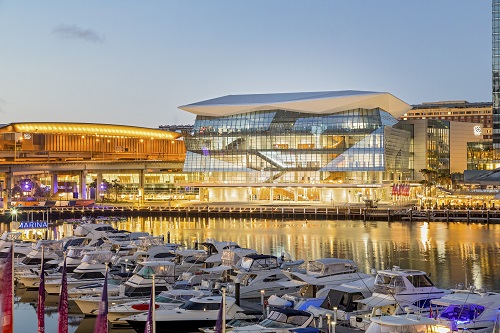 Donaghy advised “we are delighted to host the esteemed Sydney International Boat Show once again. It’s an iconic event for the entire city and also an opportunity for us to showcase the diversity and capability of our venue, while helping to stimulate the local economy.

“I am also proud to welcome our two millionth visitor. This is an opportune time to reflect on our achievements to date, which includes garnering more than 30 awards and accolades.”

Donaghy said further key highlights include staging the ASEAN Australia Special Summit in a landmark occasion, hosting the 10th World Chambers Congress in Sydney for the first time last year and bringing the REED Gift Fairs back to the heart of the city after three years with a 23% increase.

With a raft of events set to take place in coming months, ICC Sydney is expected to continue its growth trajectory. This includes welcoming Sibos 2018, the world’s largest financial services event, in October where 6,000 delegates will generate up to $37 million in economic benefit for NSW.

Images: ICC Sydney (top and below) and its Outdoor Deck in used for the Sydney International Boat Show (middle).