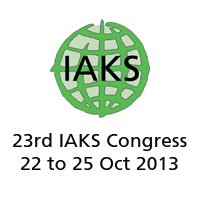 A jury with international personalities honoured three projects with IOC/IAKS Gold Medals, five with Silver, 12 with Bronze and argued for three Special Prizes. Five participants were awarded with an IPC/IAKS Distinction. The winning entries come from 13 countries worldwide.

Von Gerkan, Marg and Partner from Hamburg (gmp) are the most successful architects of this year's competition. They designed Bao'An Stadium in Shenzhen and the Shanghai Oriental Sports Centre (both awarded a Gold medal) along with the Stadium Naradowy in Warsaw (Bronze).

The London Olympic and Paralympic sports facilities achieved success as well. They won five prizes in total, among them two IPC/IAKS Distinctions for their outstanding offerings to persons with a disability.

The IOC/IAKS Award is the only international architecture competition for sports and leisure facilities. This year 95 teams of operators and designers from 30 countries took part in the IOC/IAKS Award.

The IPC/IAKS Distinction is aimed at increasing the accessibility of all sports facilities and architectural projects in order to give opportunities to persons with a disability to practise and view sport freely and without barriers. For the IPC/IAKS Distinction, 31 entries have been received.

This year, the IOC, the IPC and the IAKS also launched the second Architecture and Design Award for Students and Young Professionals on innovative designs and concepts for sports, leisure and recreational facilities. This award aims at young architects and designers currently studying architecture, landscape architecture, interior design and general design, and at young professionals being in their first 2 years of their professional practice.

A total of 30 entries from 20 countries have been submitted. The jury awarded one Gold, one Silver and one Bronze Medal.

Winners of the IOC/IAKS Award 2013

For more information go to www.iaks.org