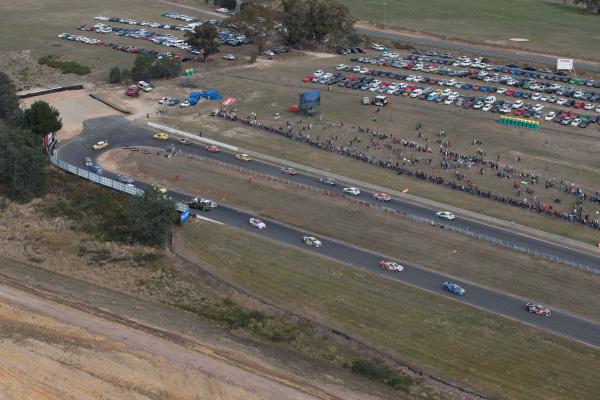 Tasmania will be hosting three major sporting events this weekend, raising the Island’s profile as a sport and events destination.

The weekend will see Tasmania’s Northern Midlands roar to life with the Supercars in action at Symmons Plains; North-East Tasmania, and the town of Derby, hosting Round 2 of the mountain bike Enduro World Series, while Hobart will host the state’s first AFL roster game of the season between North Melbourne and GWS.

Each of these events is supported financially by the Tasmanian Government, through Events Tasmania, with Sarah Courtney, Parliamentary Secretary to the Tasmanian Premier explaining that the support is given “because we know (that events) fill our hotels and hospitality venues, provide great value-for-money, create jobs and stimulate the economy.”

The Supercars are Tasmania’s biggest sports event attracting between up to 60,000 spectators during the weekend.

The Enduro World Series will see up to 5,000 competitors, support teams and spectators flood the North-East with international media set to report the event to a global audience.

Parliamentary Secretary Courtney added that North Melbourne games in Hobart and Hawthorn games in Launceston are also vital in bringing visitors to the State during autumn and winter which is why we locked in those contracts until 2021.

She explained “all of these events will ensure Tasmania gets many hours of national and international television and media exposure during which further enhances our tourism message.

“They also provide ready access for Tasmanians to national and world-class events without having to travel outside the State.

“Tasmania’s tourism offering is based around variety – from Supercar and Targa cars and AFL football through to arts, culture, mountain bikes, bush-walking tracks and also our exquisite food and beverages.”

Events Tasmania has a target to attract 1.5 million annual visitors to the State by 2020.