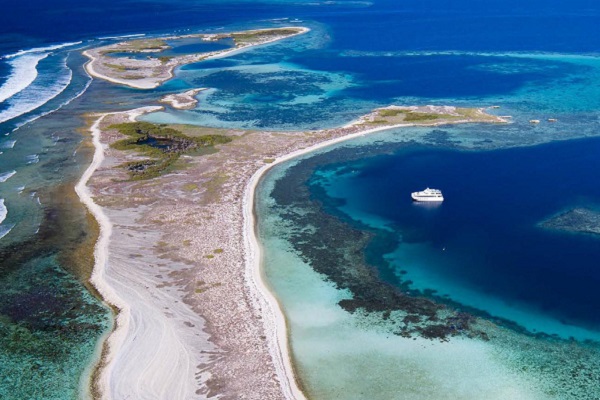 The details of Australia's latest national park have been released this week in Geraldton, 400 kilometres north of Perth and the closest mainland town to the archipelago, by Westeren Australian Premier Mark McGowan.

Advising that the declaration is about protecting the islands, Premier McGowan stated "the story of the Batavia and the Abrolhos islands is one of the most remarkable stories in the history of this country.

"To have been there, as I have, and to see the spot and see the beauty of the Abrolhos islands, I think it is entirely appropriate that we declare the Abrolhos a national park.

"Making sure they are protected is the real key to the Abrolhos.

"Making sure the appeal and the protection remains intact, so that if you want to come back in 10, 20, 30 years' time, they are still as beautiful as they are today."

The announcement coincides with the 400th anniversary of the landing on the islands by Dutch explorer Frederik de Houtman.

The islands are known as the site were the ship Batavia sank, resulting in a gruesome mutiny, while numerous other lives have been claimed over the years to the coral reefs of the Abrolhos.

Famed for its colourful coral, crystal clear waters and prosperous fishing, the islands are also home to more than 90 species of seabirds and are a playground for the Australian sea lion.

This week's announcement means any lands outside those leased to rock lobster and aquaculture fisheries will be managed by the Western Australian Department of Biodiversity, Conservation and Attractions (DCBA).

This includes the popular North, East Wallabi and Rat islands, all of which have red dust airstrips to allow for day trips, but little infrastructure for tourism.

To accommodate visitors, the Western Australian Government has committed $10 million to building new jetties and installing toilets, shade shelters, trails and signage at both East Wallabi and Beacon islands.

Geraldton Mayor Shane Van Styn said the announcement was the single biggest thing to happen for tourism in the mid-west.

Noting that it will be years before tourists will be able to stay at the islands, he added "this will be an ongoing project, I see over the next five years, maybe 10 years at the longest.

"I would like to see some managed accommodation over there, opening up some of those camps for accommodation and on shore facilities like toilets, jetties and shade."

Image: Tourist boat at the Houtman Abrolhos Islands. Courtesy of The Great Escape.