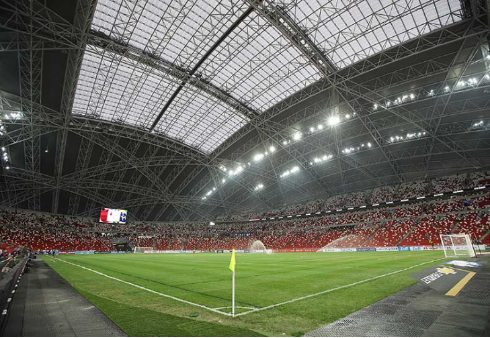 While the upcoming resurfacing of the Hong Kong Stadium has ruled out the administrative region hosting the Barclays Asia Trophy this year, many in Hong Kong are concerned that Singapore’s hosting of the English Premier League’s pre-season tournament will see the event lost to its Asian rival forever.

This year will be the first time that Singapore has hosted the biennial tournament – and it will be doing so during Singapore's 50th anniversary celebrations at the island state’s new 55,000-seat National Stadium at the Singapore Sports Hub.

Premier League clubs Arsenal, Everton, Stoke City and a Singapore Select XI team will be taking part in the seventh edition of the tournament.

The pitch will be relaid after this month’s Hong Kong Sevens, meaning Hong Kong was never in the running for this year’s Asia Trophy, but it will still be a worrying sign for the Hong Kong Football Association (HKFA), who may wonder if the tournament will ever return should Singapore put on a good show.

HKFA Chairman Brian Leung Hung-tak is confident that the event will return, telling the South China Morning Post “we knew Singapore would be the hosts this year as we have kept in touch with the Premier League.

"There is no venue available in Hong Kong this summer and that's why we never went for it.

"Hong Kong (has) hosted the Asia Trophy three times before and all with great success, attracting the most number of people in the event's history.

"We will talk to the Premier League next year for the 2017 event, and I am sure Hong Kong will be considered due to the popularity of the event here and our impressive organisation work".

With Asia a key market for the European football clubs and leagues looking to extend their brands, Singapore’s new National Stadium give the city state an ideal base from which to host major fixtures.

Sutcliffe told the South China Morning Post “I see no impediment to them asking to come to Hong Kong again and indeed it is something I will actively pursue.”

The last edition of the Barclay’s Asia Trophy in 2013 at Hong Kong (So Kon Po) Stadium was a PR disaster with the pitch being condemned. Poor weather and the heavy schedule of matches turned the Stadium’s surface into a quagmire.

It was also later discovered that burst underground pipe had compounded the poor drainage problems.

The separate visit of Manchester United a few days after the tournament led to headlines in the British media like ‘Killer Pitch’.

At one stage the exhibition match featuring United was in danger of being called off.

However, as a result of the controversy the Hong Kong Government finally woke up to the fact that the pitch needed major surgery instead of a frequent remedial work.

As a result, reconstruction of the pitch will begin immediately after the end of the 2015 Hong Kong Sevens on 29th March.

While at one stage, it was thought the stadium would need to be closed for a year, the Hong Kong Government has promised it will be completed by September. 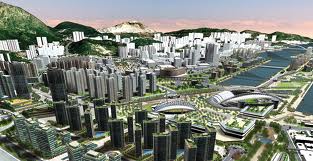 Sutcliffe expects that when the biennial tournament comes to Asia again “we will have a new pitch and I’m sure they will consider returning to Hong Kong,”

Fearing that the event may not return to Hong Kong, a recent South China Morning Post editorial suggested that the Singapore Sports Hub is “a threat to Hong Kong” and that the “the new venue will be more attractive.” This might be the case with the Kai Tak sports complex still to get off the starting blocks. The government is still mulling over plans for the multibillion- dollar project and has promised to start work next year.

The editorial continued “by the time our new stadium is built – estimated to be around 2019 – we will certainly have lost a lot of ground to Singapore, which is aggressively pushing to become a sporting hub in the region.

“Already it has many major events, including a Formula One Grand Prix and the end-of-season women’s tennis championship.

“Other events the Lion City is apparently hunting are the Rugby World Cup Sevens, a leg of the annual Sevens World Series, one-day cricket internationals and Twenty20 matches.”

Images show the completed National Stadium at the Singapore Sports Hub (top) and the planned Kai Tak sports complex (below).