Homophobia in sport a focus of Sydney’s Mardi Gras parade 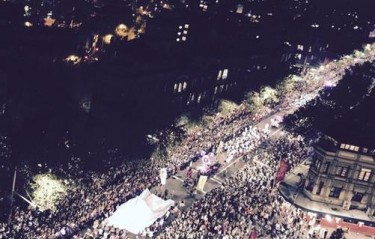 Held on Saturday night (7th March), Sydney's 37th annual Gay and Lesbian Mardi Gras Parade has focused on homophobia in sport as one of its major themes for 2015.

With thousands celebrating the event's costumes, colours and the parade's famous floats, the first three floats in this year's parade centred on the success of elite gay athletes, the commitment by Australian sporting organisations to a more diverse and inclusive sporting environment, and the success of the Sydney Convicts, who last year won the Bingham Cup - the world cup of gay rugby.

Commenting on the theme, Ignatius Jones, Mardi Gras' senior parade creative consultant, stated "this fight against discrimination in sport is part of the great civil rights struggle that Sydney's Mardi Gras has led in Australia for 37 years.

"As long as even one gay or lesbian kid is afraid to play sport, one of Australia's defining activities, for fear of being denounced, Mardi Gras has a purpose." 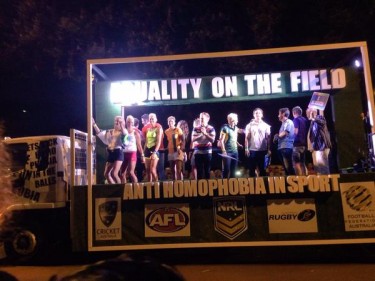 Floats also celebrated Indigenous Australians and the historic Freedom Ride of 1965 as well as issues including marriage equality.

Initially held as a protest, the Gay and Lesbian Mardi Gras Parade is now one of the biggest celebrations of sexuality in the world and has been held at the end of summer for the last 36 years.