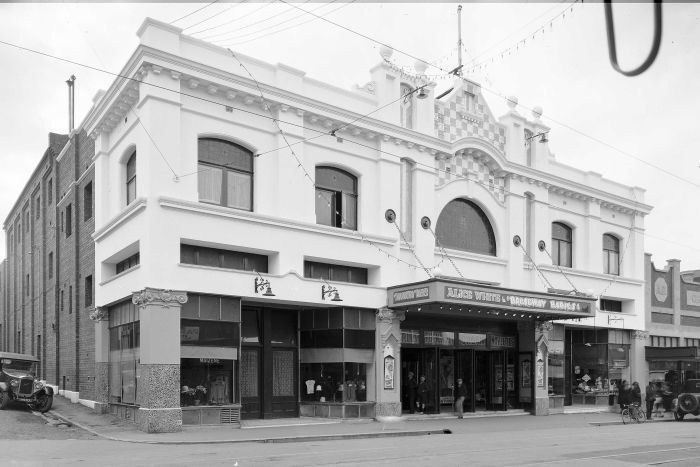 Hobart City Council has given permission to developers to partially demolish the city’s Odeon Theatre on Liverpool Street.

Described in May 1916 by then Hobart Lord Mayor LH MacLeod as "undoubtedly the finest building in Tasmania" the former Strand theatre has been facing an uncertain future over many years.

Remodelled several times in its history, the venue was both a theatre and cinema in its prime, before becoming a church and, most recently as a live music venue for the Dark Mofo festivals, as well as hosting occasional mid-sized concerts throughout the year.

However, the future of the 1,100 seat venue is now uncertain after the Hobart City Council gave permission for the current owner to partially demolish it.

Dr Stefan Petrow from the University of Tasmania told the ABC that when the Strand opened “it had the best of everything that money could procure.”

Dr Petrow added “it was meant to be an exact replica of the Strand in New York.”

Miller went as far as having the seating especially made by a business in Glenorchy and even used Tasmanian blackwood for the staircases leading to the circle.

However, a remodelling and name change in 1956 left little trace of the original theatre.

Reopened as a then state-of-the-art theatre, the venue was rebranded as the Odeon: The Theatre of Tomorrow. 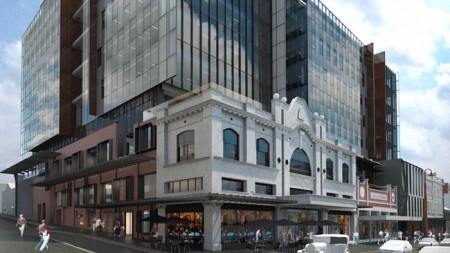 By 1970, the ABC took it over and used it as a concert hall for the Tasmanian Symphony Orchestra (TSO). But over time it became apparent the dressing rooms and backstage facilities were simply not adequate for a world-class symphony orchestra, so the ABC Shop and the TSO moved out.

Dr Petrow continued “the Christian City Church (then) took it over” renovating the interior, with many of the original art deco features being restored.

In 2009 the church too moved, selling the building to Melbourne developer Riverlee.

Riverlee is now planning to develop an office building on the site while restoring the theatre’s original facade.

While the venue is not heritage listed, the Council and developer previously agreed the building does have some heritage significance.

Images: The Strand theatre in the 1930s (top) and an impression of the planned development (below).