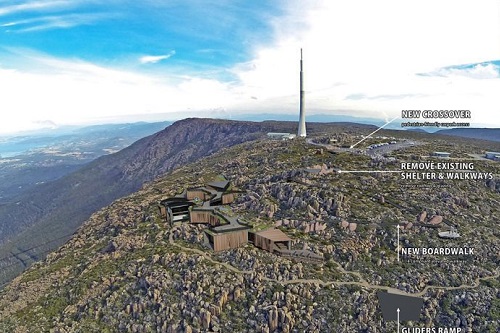 The group proposing a cable car to the summit of Hobart’s Mount Wellington are planning an expansion of their intended activities having submitted a development application that includes an amphitheatre on top on the mountain, in addition to the previously detailed cafe and restaurant.

Despite not yet having secured a base location for the cable car, the Mount Wellington Cableway Company (MWCC) has submitted a development application for both the summit site and its Hobart operations.

The latter is based on using public land owned by the City of Hobart as a site for its base operations- in which it is being backed by the Tasmanian Government – but opposed to local conservation groups.

He advised “have a look at it and then make up your own mind. You don't need the advice of third parties. Read it for yourself.

"If someone is philosophically opposed to development up here then there's nothing I should do to change their mind.

"It's taking 180,000 cars off the road each year, we're taking sewage and waste water off the mountain each night. We're doing a number of things to protect the environment up here.”

MWCC, which has been involved in ongoing disputes with the Council, emphasised that the project will not come at a cost to taxpayers, stating “we're providing this public amenity at no public cost. That's being met by the developers cost.

"It's not that they're set up to be primarily commercial things in their own right. They have to add to the experience of visitors coming to Mount Wellington."

Thousands have previously protested the plan, which the Council now has to determine by the end of July. 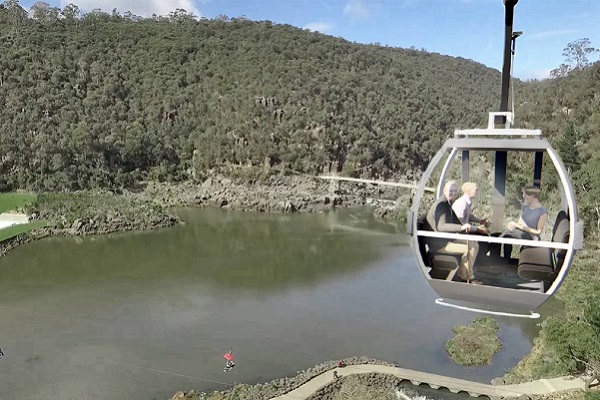 Launceston Skyway proposal announced
Plans have also been announced for another multi-million dollar chairlift attraction crossing Cataract Gorge near Launceston in the north of the state.

Proposed by the Gorge Scenic Chairlift, the $20 million Launceston Skyway project would see a cableway built across the gorge for 24 accessible glass gondolas.

Images: MWCC's plans for the summit of Mt Wellington and illustration of the planned Launceston Skyway project (below).