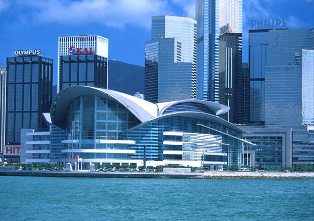 The title was one of the categories in the CEI's 2012 Industry Awards, the Awards, and the survey on which they are based, having been conducted 10 times since it was launched in the year 2000. During that period, HKCEC has been named Asia's best convention and exhibition centre nine times.

This vote of confidence by CEI Asia's readers, who are industry leaders and venue clients, is probably the best and most credible recognition that any venue management company can receive.

Commenting on the Awards, Hong Kong Convention and Exhibition Centre (Management) Limited (HML) Managing Director Cliff Wallace stated "once again we are delighted to have achieved such high-level recognition. Our continued success is no accident; it is the outcome of the total dedication and professionalism of our HML staff who bring exceptional levels of enthusiasm, responsiveness and experience to serve event organisers and users from around the world. In addition, we are committed to the proactive and ongoing enhancement of our venue and our services, a strategy that makes event organisers turn to the HKCEC first as the obvious venue to suit their needs."

The result for the HKCEC in CEI Asia's Industry Awards is consistent with feedback gathered by the HKCEC itself from its event clients. In the fiscal year 2010/2011 (to 30th June 2011), 99% of event organisers who responded to a HKCEC questionnaire rated the level of service they received from the HML team as 'satisfactory' or higher.

For more information go to www.hkcec.com