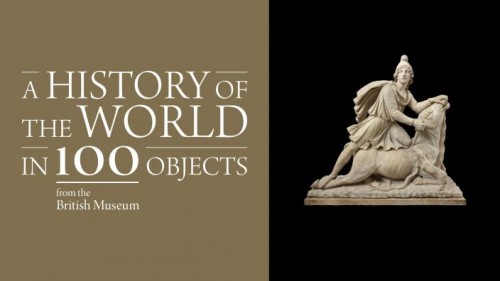 Displaying two million years of human history, the History of the World in 100 Objects exhibition is proving a major drawcard at the Western Australian Museum in the Perth Cultural Centre.

The exhibition is also the last exhibition to be displayed at the WA Museum's Perth site before it closed to accommodate works for the new museum.

Welcoming the exhibition, Western Australian Culture and the Arts Minister John Day said West Australians are the first in Australia to see this extraordinary exhibition, stating “we are one of only two locations to secure the rights to A History of the World and I encourage everyone to take the opportunity to visit the museum and see it for yourself.”

To link with the exhibition, the WA Museum has selected the Yamaji antennas as the Western Australian object to be displayed alongside the exhibition. The antennas highlight the importance of the Murchison Widefield Array, as part of the world's largest radio astronomy project, the Square Kilometre Array, and the unique relationship that emerged between the astrophysicists and the Yamaji people. 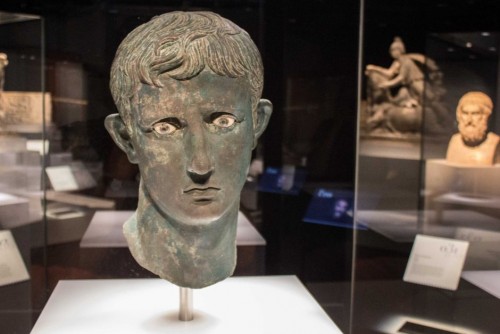 Commenting on the Museums' redvelopment. Minister Day added “the museum is about to undergo the most significant transformation in its nearly 125 year history.

"The new museum will be built at the existing site, incorporating the heritage buildings, and is expected to open in 2020.

"The museum's other sites in Fremantle - Maritime Museum and Shipwreck Galleries, Albany, Geraldton and Kalgoorlie-Boulder will still be open. A number of pop-up experiences will also take place during this time."

A History of the World in 100 Objects tells its story exclusively through artefacts people have made including those which have been admired and preserved, or those which were used, broken and discarded. From stone to gold, clay to plastic, the objects range in size from a 1.6 metre tall Assyrian relief, to gold coins of Croesus.

For more information go to www.museum.wa.gov.au

Lower image shows the head of the Roman Emporer Augustus, found in the deserts of Sudan. The item is part of the History of the World in 100 Objects exhibition.