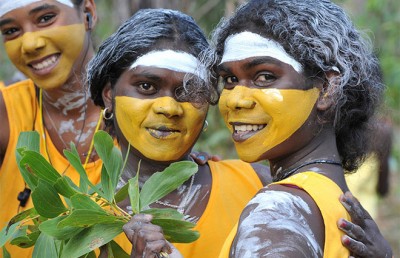 The historic Larrakia Declaration on the Development of Indigenous Tourism, first signed in Darwin in March this year, has been adopted unanimously by the Board of the Pacific Asia Travel Association (PATA) held in Manilla over the past weekend.

The Declaration recognises the rights of Indigenous peoples and outlines some of the key principles governments and the tourism industry must adopt in order to support the development of an equitable and viable Indigenous tourism industry.

Australian Tourism Export Council Chairman, John King explains "the adoption by PATA now means the principles outlined in the Declaration are recognised regionally and underpin the way tourism is undertaken in the Asia Pacific.

"ATEC has taken the lead in working to enshrine these principals into the tourism culture and we will continue to work to enhance engagement with, and understanding of, the scope of Indigenous participation in tourism both nationally and internationally."

The Declaration, first signed at the Pacific Asia Indigenous Tourism Conference (PAITC) in Darwin on 30th March, adopted the key principles of:

• Respect for customary law and lore, land and water, traditional knowledge, traditional cultural expressions, cultural heritage that will underpin all tourism decisions;
• Indigenous culture and the land and waters on which it is based will be protected and promoted through well managed tourism practices and appropriate interpretation;
• Indigenous peoples will determine the extent and nature and organisational arrangements for their participation in tourism and that governments and multilateral agencies will support the empowerment of Indigenous people;
• That governments have a duty to consult and accommodate Indigenous peoples before undertaking decisions on public policy and programs designed to foster the development of indigenous tourism;
• The tourism industry will respect Indigenous intellectual property rights, cultures and traditional practices, the need for sustainable and equitable business partnerships and the proper care of the environment and communities that support them;
• That equitable partnerships between the tourism industry and Indigenous people will include the sharing of cultural awareness and skills development which support the well-being of communities and enable enhancement of individual livelihoods.

King added "Indigenous tourism has a strong role in not only providing communities with improved economic and social outcomes, but in strengthening the differentiation between destinations.

"Tourism has the capacity to enrich and preserve Indigenous culture and communities as well as building cross-cultural understanding and respect. The Declaration has adopted principles that will build bridges of partnership and cooperation between Indigenous people and their tourism industry organisations.

"We are also very pleased to hear that the Declaration will be presented to the UN World Tourism Organization (UNWTO) Executive Council for consideration as part of the framework for their Global Code of Ethics for Tourism."