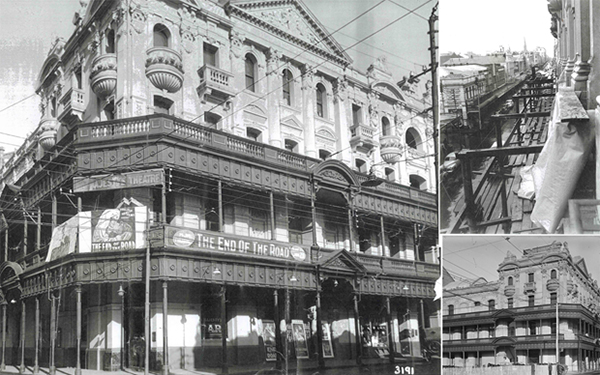 Historic balconies at Perth’s His Majesty’s Theatre are to be restored complementing other improvements from the past few years, including upgrading the orchestra pit, box office, auditorium and entranceway.

Visitors to His Majesty's Theatre will soon be able to walk along the balconies and verandahs as part of further upgrades at the historic performing arts venue.

Works commenced yesterday with construction company Built having been announced as the successful tenderer, which will see the balconies restored based on their original design.

Built undertook upgrade works to the Theatre's orchestra pit in 2019 and has extensive heritage refurbishment experience including delivering the award-winning redevelopment of the Old Treasury Buildings in Perth.

As the Theatre's balconies were removed in 1953, the Western Australian Government is seeking historical information and materials from the public that could inform the build.

This may include photographs or original balcony components such as columns, light fittings, balustrades, or other physical materials.

Western Australian Culture and the Arts Minister David Templeman notes "the creative industries were hit hard by COVID-19, but our performing arts venues are a crucial part of the sector's recovery.

"We want to ensure the beloved His Majesty's Theatre remains a world-class venue for opera, dance and theatre.

"These works are particularly exciting, and they complement other improvements from the past few years, including upgrading the orchestra pit, box office, auditorium and entranceway.

"I encourage anyone who may have information on the original balconies to contact the Perth Theatre Trust and be a part of these fantastic revitalisation works."