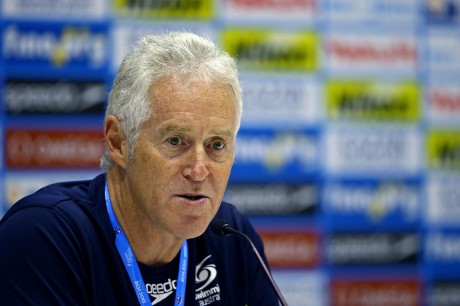 The Board of High Performance Sport NZ (HPSNZ) has appointed Michael Scott as its next Chief Executive, replacing Alex Baumann, who departed HPSNZ last week after nearly six years at the helm.

His experiences as system leader at the AIS and NSWIS from 1997 to 2005 were during a period when Australian sport performed to its best ever level on the world stage.

Announcing the appointment, HPSNZ Chair Sir Paul Collins stated “Michael brings truly world-class credentials and we are confident he will continue the evolution and success of our high performance system.

“He understands what it takes to be the system leader, but also brings the critical perspective of our partners, national sport organisations, as well as the high performance systems of Great Britain and Australia.”

Scott says he is honoured and delighted to be appointed to this prestigious role in world high performance sport, adding “I look forward to working with national sporting bodies, coaches, athletes and the team at HPSNZ to collectively build upon New Zealand’s recent success on the world stage.”

“I am committed to working in partnership with sports to build a world-leading and sustainable high performance system in New Zealand.”

Scott will take up his role in January. In the interim, HPSNZ General Manager of Capacity and Expertise, Pete Pfitzinger, will serve as acting Chief Executive.

Sir Paul also paid tribute to Alex Baumann for his leadership of HPSNZ since 2012, concluding “under Alex’s leadership our high performance system has gone from strength to strength. Rio was New Zealand’s best ever Olympic Games, with 18 medals spread across nine sports, and also our second consecutive Paralympics where we topped the per capita medal table.

“Alex developed a world-class team and forged strong and critical partnerships with national sport organisations and bodies such as the New Zealand Olympic Committee and Paralympics New Zealand, without which our high performance system could not function at its peak.”

HPSNZ was established in 2011 as a wholly-owned subsidiary of crown entity Sport NZ, with a mandate to lead the high performance system. It brings together investment, strategy and performance support to provide a one-stop-shop that enables athletes and coaches to focus on performance.