Hervey Bay Tourism given a boost with new Jetstar flights 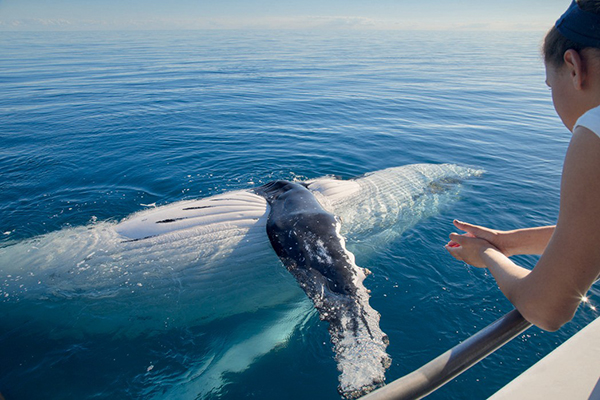 Fraser Coast Mayor George Seymour said the Fraser Coast had built itself to be one of the most popular holiday destinations in Queensland, and the new air services would provide a significant boost to the region’s tourism industry.

Mayor Seymour notes “there are not many places in Australia where you can step off a plane after a 90 minute flight from Sydney to a reef, wilderness or whales' experience at your doorstep.

“While the drive market to the Fraser Coast has been strong, we need connections in the sky as well and these new direct flights to and from Sydney will help our region as we continue to emerge from the COVID-19 pandemic.”

“We know how important direct flights are to getting visitors out of the big city and on the water looking for whales in just over two hours.

“For Sydneysiders who have never seen these magnificent creatures breach the water are in for an awe-inspiring experience and some relief from Sydney’s cooler weather.”

Minister Hinchliffe adds “while Sydneysiders tick whale watching from their 2021 Queensland bucket list, the new Jetstar route has potential to deliver an $8 million boost to the Hervey Bay economy.

Jetstar Group Chief Executive, Gareth Evans said the airline is exciting about the expansion of its domestic network to promote more travel in Australia, as Hervey Bay marks the 20th destination for Jetstar.

“Domestic travel demand continues to be strong and we’re constantly reviewing our network to add flights where there is demand, including to new and exciting leisure destinations like Hervey Bay.

“With international borders closed, we know more and more people are planning to explore new places around Australia this year and we expect our flights to Hervey Bay to be a popular option for travellers.”

Mayor Seymour highlighted that the Fraser Coast Regional Council had worked hard with the Queensland Government and Jetstar to secure the new flights and was providing incentives through fee relaxations for a period of time.