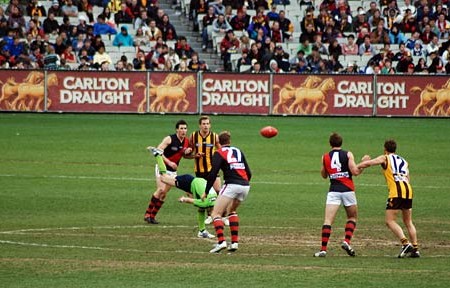 Alcohol sponsorship in Australia, including in sport, would be phased out over an 11-year period should the recommendations of a Federal Government report be adopted.

The plan for the reduction of what it sees as the harmful impact of alcohol advertising would begin with the phasing out of alcohol promotions and the sale of alcohol merchandising in years one to four, with legislation to reinforce this if necessary.

Alcohol industry sponsorship would be phased out in years five to 11 of the plan.

The report said studies had found that alcohol-industry sponsorship of sportspeople (particularly in the provision of free or discounted alcoholic drinks) encouraged hazardous drinking; that alcohol promotion "reinforces pro-drinking messages"; and that the existing Alcohol Beverages Advertising Code was failing to discourage advertising targeting young people.

The Australian newspaper has reported National Rugby League Chief Executive David Gallop, whose sport is sponsored by Bundaberg Rum and VB, saying the NRL "clearly don't support bans - we believe that sport can work with the government to address alcohol issues".