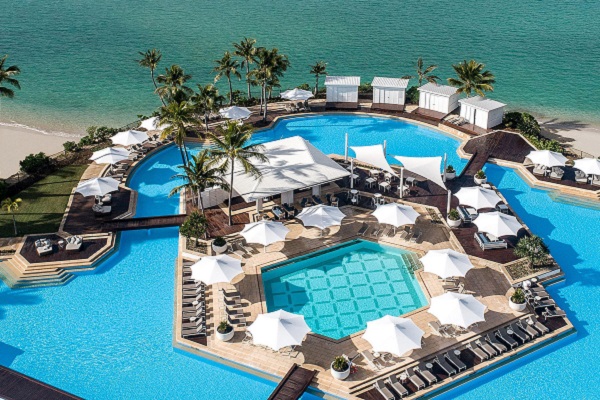 A month after re-opening to guests, the Intercontinental Hayman Island Resort has today been officially re-opened with Queensland Premier Annastacia Palaszczuk stating “for the past 70 years Hayman Island has been an iconic island paradise visited by so many.

“As heartbreaking as it was seeing the destruction caused by Cyclone Debbie in 2017, what’s been achieved here in the last two years is incredible.

“With dedication and hard work, the Mulpha Group and some 440 workers have transformed the cyclone-damaged resort into a world-class destination once again.

“The number of guests already flocking here, and the strong forward bookings is once again a testament to what we achieve by investing in tourism on the Great Barrier Reef.”

Two years after the devastation of Cyclone Debbie, the revamped resort on Hayman Island is one of three Whitsundays island resorts to re-open in 2019, joining Daydream Island Resort and Elysian Retreat, Long Island. 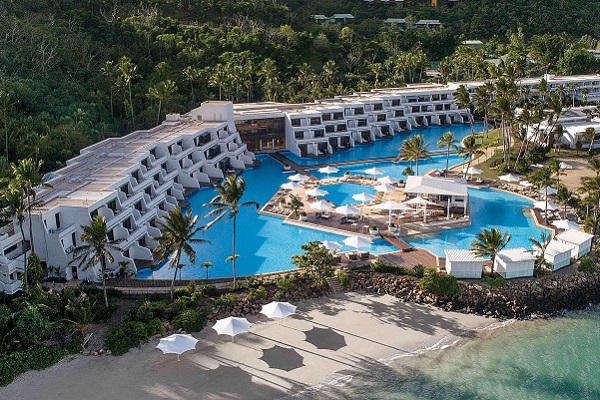 In addition, an integrated building management system will further reduce energy consumption by integrating systems and actively identifying inefficiencies, resulting in the reduction of approximately 300 tonnes of CO2 per annum.

Shaw advised “our $135 million investment into Hayman has set a new standard for luxury resort travel in Australia.”

“Our intent is to not only provide a world-class guest experience but also to drive sustainability and improve resilience for the resort, evident through the installation of state-of-the-art in-room automation and building management systems which will greatly improve the energy efficiency of the resort.” 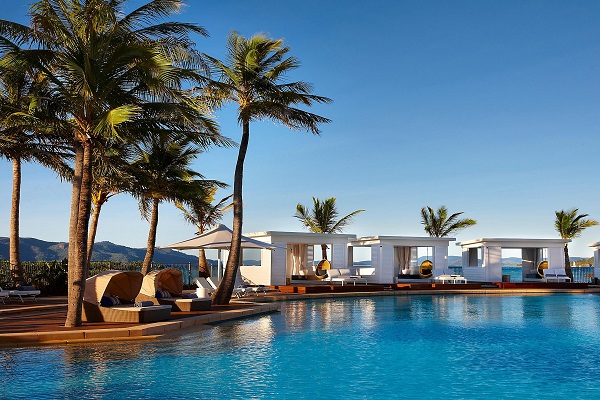 “IHG is incredibly invested in supporting the growth and revitalisation of world-class destinations such as the Great Barrier Reef.

“The investment, both financially and through the tireless efforts of our colleagues and entire tourism community, has allowed us to set a new benchmark for luxury travel in the region under the trusted InterContinental brand.”

In another boost for tourism on the Great Barrier Reef, it has been reported that an offshore buyer has bought Dunk Island resort for about $30 million.

Derelict since Cyclone Yasi eight years ago, The Courier-Mail reports that the new owner has plans for an extensive restoration to restore the resort. 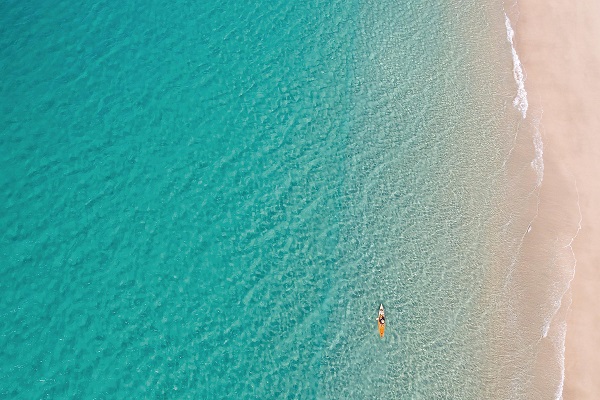 Dunk Island, which offers 147 hectares ha of freehold developable land and a Qantas-built airstrip, was an internationally famous resort destination until it was ravaged first by Cyclone Larry in 2006.

It resumed trading but was demolished by Category-5 Cyclone Yasi in February 2011 and was acquired in early 2012 for about $7.5 million by former Linc Energy boss Peter Bond and his family.

When the latest sales campaign was launched in May, Adam Bond, Managing Director of Family Island Operations said his family had a deep attachment to Dunk Island which they have come to call home, advising "it is a difficult decision for the family to part with such a world class asset.

“While we have spent considerable amount of money already, we recognise that a new owner is best placed to rejuvenate the resort and unlock the island’s full potential.

“It’s our hope that the island will reclaim its place as an iconic Queensland destination and all Australians and visitors from abroad can share in its beauty once again.”

Images of the Intercontinental Hayman Island Resort courtesy of IHG®.