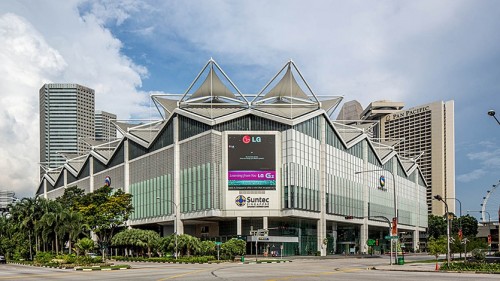 The awards are presented by MICE industry magazine CEI Asia. The annual CEI Asia Industry Awards are voted by the magazine's astute readers whose profile includes MICE buyers, planners and influencers in the Asia-Pacific region.

A delighted Suntec Singapore Chief Executive Pieter Idenburg explained "we are honoured to be recognised as one of Asia's top convention and exhibition centres once again for the third consecutive year. This accolade is significant as it endorses our product and services offerings amidst rapid industry growth. This award further solidifies the Suntec brand - allowing us to keep improving on our standards."

Director of Commercial Ong Wee Min added "we are privileged to receive this recognition once again for the third consecutive year. This honour is a clear endorsement for our team as they attest to the industry's warm appreciation of us â allowing us in our unceasing quest to cater to and improve our products and service offerings for our clients."

Suntec Singapore emerged from an extraordinary year in 2010 - having hosted a total of 1,536 events, welcomed approximately 6.8 million visitors to the venue and hauled in copious awards and accolades.