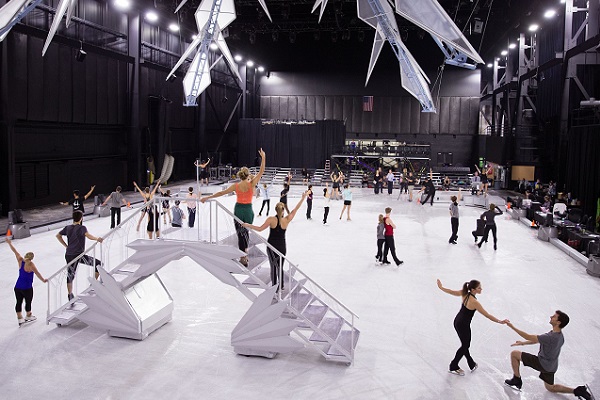 One of the largest event set-ups ever seen at Hamilton’s Claudelands Arena has been completed this week as the event venue prepared to host the Disney On Ice spectacle over the next four days.

Global entertainment giant Feld Entertainment will be staging its Disney On Ice spectacle in Hamilton for the third time, presenting 10 performances from today (8th August) to Sunday 11th August.

The Disney On Ice celebrates Mickey and Friends show features Disney’s most famous character along with some of the company’s contemporary hits such as Moana and Frozen, and puts them in the ice-skating performance context.

“Each section of the show was carefully selected to immerse families in an array of beloved stories that they have grown to know and love. With live hosts and interactive segments, we hope our fans have an amazing experience that leaves them with memories that last a lifetime.”

Michael Gilling, an Event Manager with Hamilton City Council’s H3 division, says Disney On Ice brings one of the largest and most complicated set-ups into the venue.

Gilling advised “for the type of show it is, it’s very complex.

“We have to strip virtually everything out of the arena and dressing rooms.”

Gilling says the show completely transforms the venue with a lot of Disney On Ice branded event overlay.

Advising that extra cleaners and ushers are brought in to manage the patrons, with only 37-40 minutes between each performance, Gilling adds “that’s when the pressure goes on the team.”

Sven Ladewig, H3’s Technical Services Manager, says Disney On Ice has requested more than 150 people to assist with the set-up and pack-out for its show.

His team has already pre-rigged roughly 200 metres of trusses to support the huge Disney On Ice lighting rig - which weighs a staggering 235,000 kilograms and travels in 18 containers.

Ladewig concluded “we hired the largest scissor lift available in NZ to pre-rig these trusses.”

The creation of the ice rink took 24 hours to lay, with three people constantly hosing the surface so it freezed over properly. The laying of the floor is done by an advanced Disney crew which arrives several days before the performers.

Image: Preparations for Claudelands' hosting of Disney on Ice. Courtesy of Disney/Claudelands/Facebook.