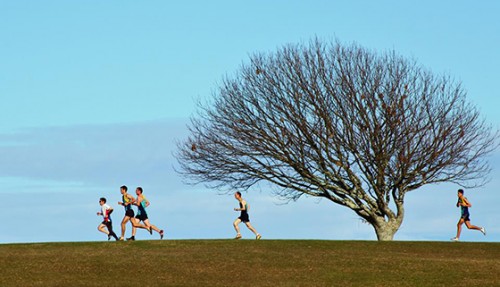 Hamilton City Council’s promotion of Parks Week 2017 will be using competitions to encourage engagement in its 200 public parks and reserves.

“It proved very popular, and through our partnership with Snapshot Cameras, we’re running it again this year.”

The photography competition is in two sections - open and junior - and requires entrants to capture an image in a Hamilton park and share it to the Council’s Facebook page. Graham Boswell of Snapshot Cameras has provided prizes for the competition and will join the Council’s staff in selecting the winners when the competition concludes.

Children can also win a Hamilton Zoo Family Pass or a swim pass to one of Hamilton City Council’s Aquatic facilities through the Parks Week colouring-in competition. Entry forms can be downloaded

from the Council’s website and entries can be dropped off at any Hamilton City Library.

Sheedy says assessing the community’s enjoyment of Hamilton’s parks has also driven the creation of a Parks Week 2017 survey, available on the Council’s website.

She comments “we manage and maintain the parks for the enjoyment of our residents, so running our survey during Parks Week will deliver us some useful insights into how we’re meeting park users’ expectations and what their experiences have been.”

Another new initiative for Parks Week 2017 is ‘first person’ stories written by members of the City Parks and Parks and Open Spaces Units, with staff talking about their roles and what drives them in their work in the parks sector. The stories will also feature on the Council’s Facebook page throughout Parks Week.

Sheedy says Parks Week is an ideal chance for groups or school classes to make a small but valuable contribution to Hamilton’s natural environment through community planting, adding “our Community Planting Co-ordinator is very passionate about his role and is keen to hear from any groups wanting to get involved.”

Parks Week is an annual nationwide event which encourages New Zealanders to appreciate and be active in the country's parks and green spaces. This year it runs from 4th to 12th March.

Hamilton has more than 200 public parks and reserves, managed by the Council’s Parks and Open Spaces Unit and maintained by City Parks.