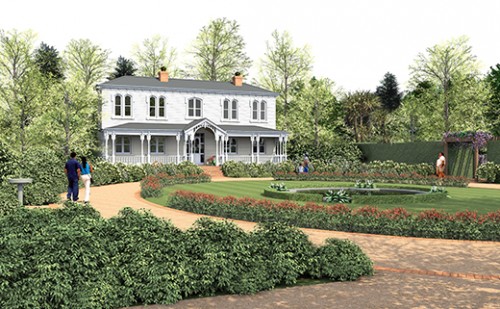 A project to develop four new themed gardens and key infrastructure upgrades at Hamilton Gardens has reached its $7.2 million funding target ahead of schedule.

Hamilton Gardens Director Dr Peter Sergel says the team is delighted to reach the target thanks to the outstanding generosity of all those contributing to the Hamilton Gardens Development Project.

Dr Sergel stated “we’d like to thank everyone who contributed to this project, particularly the Lotteries Significant Project Fund which kick-started the project in such a generous manner. The Friends of Hamilton Gardens and the Hamilton Gardens Development Trust have also played a key role in sourcing funds and undertaking fundraising initiatives.

“There is still the opportunity for additional funding to make further enhancements to this project and other developments at the gardens, such as a giant deckchair in the Surrealist Garden.”

The project is progressing well. The new destination playground was opened in December 2016 and the car park extension was opened in June 2016. The expanded Information Centre is scheduled to be opened later this year.

Dr Sergel concluded “the complex project has many unique elements and is scheduled to be completed in approximately 18 months.”