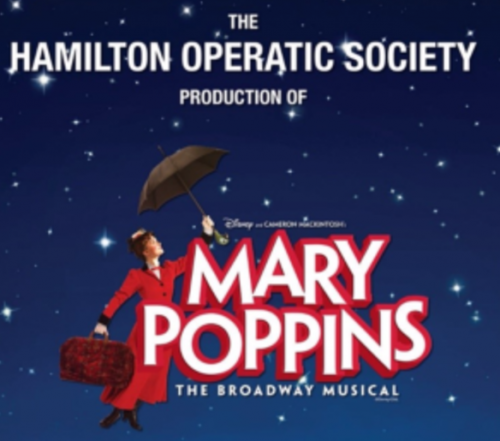 Hamilton City Council’s Events and Venues General Manager Sean Murray has highlighted that  tickets for Mary Poppins, set for a season at Claudelands from late November into early December, are being offered at increased prices through the unofficial ticket sales website Viagogo.

Murray says there are ongoing concerns in the event and entertainment industry about Viagogo, which offers a plethora of event tickets at prices often well beyond the actual asking price.

He explains “Viagogo is not an official ticket seller for events held at Claudelands.

“We are urging patrons attending events to make sure they purchase from Ticketek, the official vendor for tickets to events at our venues.”

Buyers purchasing tickets from Viagogo run the risk of paying more than face value for tickets, or arriving at an event to find the ticket is invalid and they are not entitled to a refund.

Fiona Bradley, Chair of the Hamilton Operatic Society, which is producing Mary Poppins, says the society has strived to keep the cost of the show to an affordable level and sites such as Viagogo are compromising that.

Bradley adds “Viagogo is offering tickets for Mary Poppins at prices well beyond what we have set.

“Another concern for us is that potential patrons will see those exaggerated prices, be put off by them, and not come to a show we’ve put a lot of time and effort into producing.”

“We’re a community theatre group and we want Hamiltonians to come and enjoy our shows - and unofficial ticket sellers are undermining that important aspect of what we do.”

Murray says event patrons can buy their tickets from Hamilton iSite, which is an official ticket vendor for events held at H3’s venues – Claudelands, Seddon Park and FMG Stadium Waikato.