As it assesses options for the future of the historic Founders Theatre, Hamilton City Council is encouraging the local communities to contribute their views.

In February, the Council temporarily closed the 54-year-old theatre for safety reasons. There are concerns and uncertainty over the seismic strength of the building, and its flying system – which hoists and lowers scenic backdrops, curtains and lights – has reached the end of its useful life and cannot gain safety certification.

Murray explained "the Council is presenting three options for the theatre – essentially, those are to refurbish the existing facility, build a new theatre or demolish it.

"Founders Theatre is a regional facility, and an important asset to both Hamilton and the surrounding districts. It's vital we hear from the public what they want us to do with the theatre." 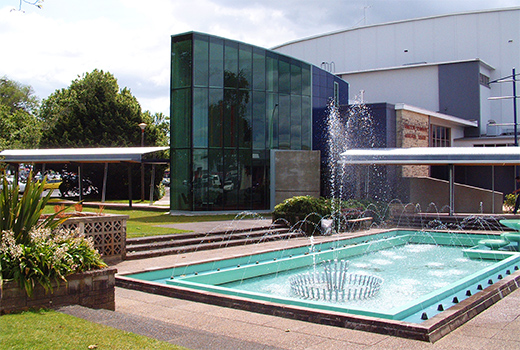 Murray says the Council will also be in direct contact with stakeholders who have a vested interest in the theatre's future, such as promoters and groups who book the theatre for events, performing arts organisations, local theatre groups, and tour and concert promoters and organisers. Arts advocacy organisation Creative Waikato will also be holding focus groups with members of the arts community.

The Council will also host a day of submission hearings on Founders on 7th July, in the Council chamber.

Members of the public and interested organisations can have a say and find more information at www.hamilton.govt.nz/founders.