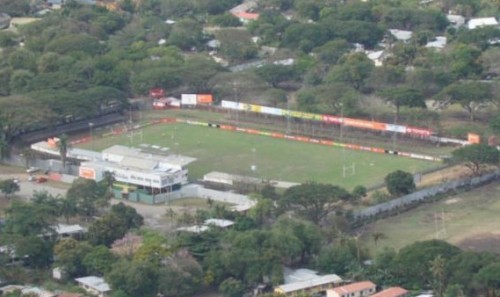 Located in the Port Moresby suburb of Boroko, the ground, the home of rugby league in Papua New Guinea, is being redeveloped by Oil Search Limited through the National Infrastructure Tax Credit Scheme.

Due for completion for the commencement of the 2016 rugby league season, the new ground will be a modern facility that will not only host local and international rugby league but will also be a venue for rugby union, and football matches. The modern design and proximity to the field of play will ensure patrons will have the best views and atmosphere ever experienced at any sports venue in PNG.

When complete, the new facility will include:

The new stadium is being redeveloped for Lloyd Robson Oval Trustees Limited in two stages, with stage one capacity, with a capacity of 15,000 seats, having been partially completed for the recent hosting of the 2015 Pacific Games in July 2015. 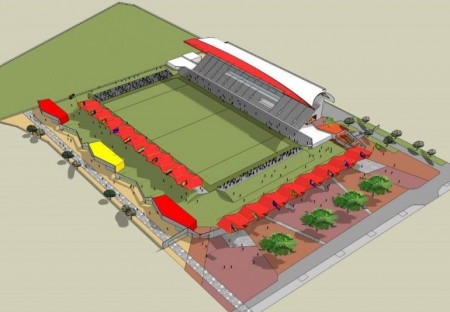 Stage two will see the stadium continue to grow to 25,000 seat capacity, complete with facilities for national player training and rehabilitation facilities.

The Lloyd Robson Oval Trustees Limited also recently invited expressions of interest for the provision of a venue management services for the venue.

During the recent Pacific Games, the venue was the focal point of the Games culminating in a nightly main stage presentation celebrating each day of athletic competition.

The Lloyd Robson Oval has traditionally held a well-earned reputation as the leading rugby league venue in Papua New Guinea.

To find out more about Gunnebo turnstiles and admission control systems click here to view their entry in the Australasian Leisure Management Supplier Directory.

Images: Lloyd Robson Oval prior to redevelopment (top) and what the completed venue will look like (below).