Guitar festival opens in Australia’s only UNESCO City of Music 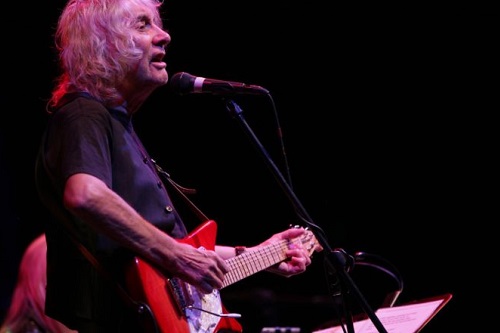 Adelaide Festival Centre Director Douglas Gautier said the Adelaide Guitar Festival was one of many festivals in South Australia and that Festival Director Slava Grigoryan was integral to Adelaide’s status as the only UNESCO City of Music in Australia.

Gautier advised “what we have here is one of the greatest living treasures in our country in Slava Grigoryan. He’s one of the greatest guitarists in the world. He leads this festival and it’s why this city is a UNESCO creative city for music. It’s because we do these things well. We are the country’s best festival city.”

Grigoryan, a world-renowned classical guitarist, said the festival offered all music lovers something, with the invited performers all being master musicians, added “this is a great place to learn about guitars. This year we have a guitar maker’s expo where makers have travelled from all across Australia and people can walk through and try different guitars and understand what’s involved in making them.

“We have a bunch of workshops, including Tony McManus, the undisputed king of Celtic guitar, he will be showing how to play his form of acoustic guitar.”

Television and media personality Julia Zemiro, who will direct the Adelaide Cabaret Festival in 2019, will host the Festival Finale as well as interviewing festival artists at the free ‘In Conversation With…’ event.

Grigoryan advised “it’s impossible to believe he is 75, we are celebrating his birthday here, and he is here with an amazing band from the US.

“This guy has done so much for the sound of the electric guitar and he has played with absolutely everyone. Guitarists like Eric Clapton think he’s the absolute best guitarist in the world.”

The 2018 Adelaide Guitar Festival program also included more than 200 gigs across South Australia during Guitars in Bars, a precursor to the festival, and Resonance, where world-class musicians performed in hospitals, community centres and homes for older people.

Image: Albert Lee is one of the many headlners at the 2018 Adelaide Guitar Festival.