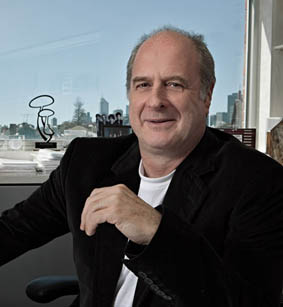 With Bruce Springsteen's two Easter weekend concerts at Hanging Rock attracted a combined crowd of close to 35,000, promoter Michael Gudinski is hopeful that a three-concert trial arranged between his Frontier Touring organisation and the Macedon Shire Council will be extended.

The spectacular outdoor venue, an hour's drive northwest of Melbourne has been a massive popular success since Leonard Cohen inaugurated the site in 2010 while Rod Stewart followed in 2012.

The sell out Bruce Springsteen concerts on 30th and 31st March officially conclude the original three-concert trial arranged between Council and Gudunski, but Gudinski told local media "we've just begun" adding that he hopes that the venue "will become an iconic site for live music and hopefully the home of some very special concerts over the next few years."

Gudinski first recognised Hanging Rock as a concert venue because of its proximity to his Mount Macedon holiday home saying "it's one of the best-kept secrets in Australia."

Canadian vocalist, songwriter and poet Leonard Cohen is said to have jumped at the gig, having heard of the site from Peter Weir's film Picnic At Hanging Rock.

The events have also highlighted the area's produce and wines, while the environmental impact of concerts is kept to a minimum.

Gudinski explained "we're playing on the other side of the rock, which is a beautiful open field."

For environmental reasons - nesting owls on the rock need to be protected - shows cannot be held after March each year.

Bruce Springsteen and his East Street Band have performed to more than 150,000 fans over ten dates since the tour, his first here in almost 10 years, kicked off in Brisbane on 14th March.