Emerging Asian sporting giant Guangzhou Evergrande Taobao Football Club have been announced as a sponsor of the 2016 Money In Sport Conference.

Following the success of the first Money in Sport events in 2015, the conference is returning in 2016, where it will again unite global and local sport industry leaders and decision makers to provide high quality presentations, relevant discussions, exclusive insights and unrivalled networking opportunities.

Being held at Jupiter’s Gold Coast on 14th and 15th November 2016, the event will showcase the very best new practices and studies in sport, present a vibrant forum to network and opportunities to examine products and services from exhibitors in sport.

The sponsorship of the event by Guangzhou Evergrande reflects the growing stature of Money In Sport and the club’s expanding international ambitions.

Part owned by e-commerce company Alibaba Group, Guangzhou Evergrande is the first and only Chinese football club to win AFC Champions League twice, in 2013 and 2015. 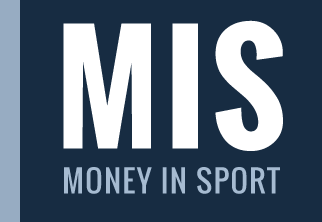 Following the success of the first Money in Sport events in 2015, the conference program is currently being completed.

Currently, Barry Cupples, Global Chief Executive of Omnicom Media Group (OMG) has been confirmed as a keynote speaker, bringing a uniquely informed insight into the emerging trends within the business of sport.

Cupples was one of the pioneers in setting up Omnicom's media operations in Eastern Europe and growing OMG’ operations in Asia Pacific for the past six years. Under his leadership both entities became hugely significant forces within today’s global network of sports bodies and the companies that support them.

Under his tenure in Asia, OMG agencies won the coveted Campaign Agency of the Year title, four times out of the five years OMG entered under his leadership.

Conference organisers the Tribal Sports Group, will be announcing further speakers and conference details over the coming weeks.

Click here to view details for Money in Sport in the Australasian Leisure Management industry Calendar.