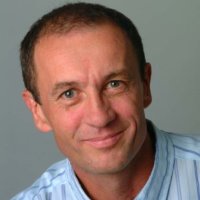 Greg Hurst, a founder of the Fitness Leader Network, which evolved into the Australian Fitness Network, has returned to the organisation to again take on the role of Chief Executive.

Hurst, an Australian fitness industry icon, and who has been Chief Executive of the Australian Institute of Fitness since 2005, replaces Ryan Hogan, who continues to work for the organisation in a consultancy role.

He is also a Past President of Fitness Australia and the Federation Internationale des Sport Aerobics et Fitness, and Past Chair of the Australian Fitness Accreditation Council.

Earlier this year, Network marked 30 years of operations - marked in the YouTube video below.

Celebrating the milestone at the 2017 FILEX fitness convention, Hurst joined fellow co-founders Dr Garry Egger and current Network Executive Director Nigel Champion in marking the foundation of what was then known as the Fitness Leader Network.

Champion explained how the organisation had grown to encompass "all areas of fitness, from facility owners and managers, to gym instructors and personal trainers.”

Ryan Hogan first joined Network in 2006 and had been Chief Executive since August 2011.