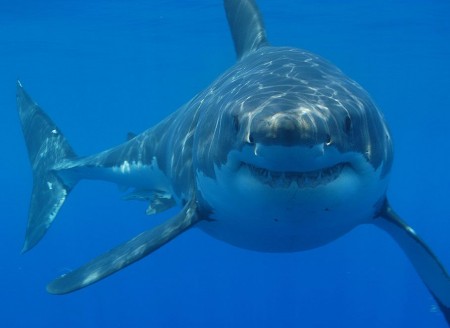 The world’s first adult great white shark to ever go on display in an aquarium has died after just three days on display.

The 3.5 metre shark, accidentally captured in a net off the coast of the Japanese island of Okinawa, on 4th January, was taken to the Okinawa Churaumi Aquarium the following day. Keepers at the aquarium say the shark hadn’t eaten since its arrival and was having to be taught to swim inside its tank without bumping into the walls.

The aquarium said the male shark had adjusted to its tank after several days “but its condition took a sudden turn for the worse early this morning (8th January)”.

After having difficulty swimming, the shark was removed from the tank to be treated by the aquarium’s veterinarians.

Keeping a great white shark in captivity is extremely challenging because the fish needs to keep swimming constantly to get oxygen and maintain its body temperature.

Attempts to house white pointer sharks in aquariums in the past have only had limited success at best. In August 1981 a great white spent 16 days at SeaWorld San Diego in California, USA before being released.

In 1984, California’s Monterrey Aquarium tried to house a great white for its opening, but the animal died after just 10 days.

In 2003, the Monterrey Aquarium tried to capture a shark again but were forced to release it after five days when it wouldn’t feed.

In September 2004 the aquarium successfully put a great white on exhibit, keeping a young female in captivity for 198 days before releasing her and then again in 2006 with a juvenile male remaining at the aquarium for 137 days.

A spokesperson for Okinawa Churaumi said the aquarium is still investigating the cause of death.