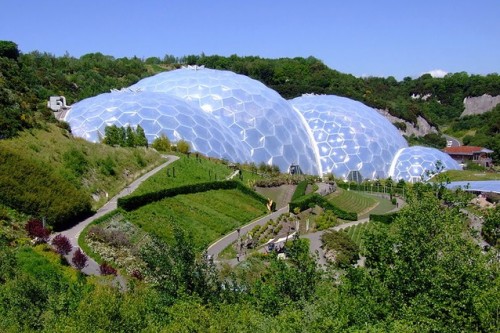 A group of residents in Victoria’s Latrobe Valley wants to rehabilitate the defunct Hazelwood coal mine and turn it into an environmental attraction similar to the Eden Project in the United Kingdom.

The concept for the Great Latrobe Park has received the backing of the Latrobe City Council, despite the proposal being in contrast to plans that Engie, the owner of the mine, has for the site.

The plan to rehabilitate the mine to create parks and recreational areas is based on similar rehabilitated quarries and mines in Europe, including the UK's Eden Project in Cornwall, which attracts a million visitors a year.

The Eden Project is built in an old quarry and has indoor rainforests in biodomes, walks and playgrounds, restaurants and a concert area.

Great Latrobe Park strategist Nina Burke said the area would attract tourism and create jobs, telling the ABC “we have a vision to transform the Latrobe Valley from coal mining into tourism, and it is multi-purpose and multi-use recreation, and an environmental area, in a sunken landscape.

"It will have a mixture of hills, lakes and plains."

French company Engie plans to turn the open-pit mine near Morwell into a full pit lake.

This is part of the estimated $743 million the company plans to spend on decommissioning the old coal mine, which closed last year, and includes remediation and rehabilitation.

Earlier this year the company said creating a lake was the safest, cheapest and most sustainable option for the mine site.

Burke said the current plan for the old mine site would not generate any economic activity, adding that her group wanted a plan to create jobs in the region, which had suffered an economic downturn following the mine closure.