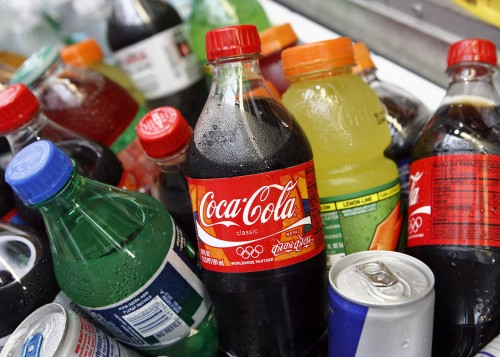 The Grattan Institute has recommended a tax on sugar-sweetened drinks to address obesity rates, suggesting that a tax on sugar would reduce soft drink consumption by 15% while raising $500 million for the Federal budget.

Calculated that obesity costs taxpayers $5.3 billion annually, with one in three Australians now classed as obese, the Grattan Institute is proposing a of 40 cents per 100 grams of sugar, which would lift the price of a two-litre bottle of soft drink by about 80 cents.

Grattan Institute Health Program Director Dr Stephen Duckett explained “obesity is one of the great public health challenges of modern Australia, and so this is a reform whose time has come.”

Dr Duckett said the new tax is not a “silver bullet” solution to Australia’s obesity epidemic and that soft sugar-sweetened drinks were not solely responsible for the obesity problem, but they should be targeted because they have no nutritional value and children are big consumers.

He stated “what we're trying to do is recognise that this is not the solution to obesity in this country, rather part of the solution.

“We target these drinks because most of them contain no nutritional benefit.” 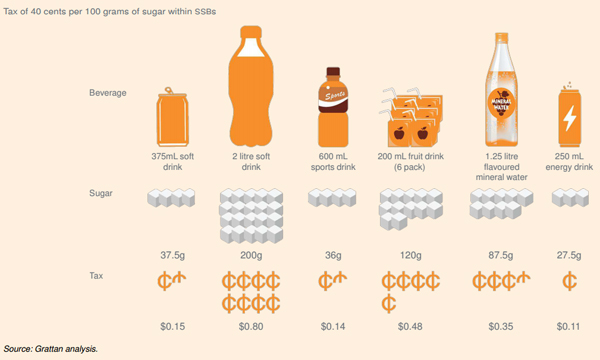 The report shows that many countries that already have or are planning to introduce a tax on soft drinks include France, Belgium, Hungary, Finland, Chile, the UK, Ireland, South Africa and parts of the United States, and suggests that the Australian Government could use the $500 million a year raised by the new tax to reduce the budget deficit or boost healthcare funding, or the money could be spent on programs designed to treat obesity and promote healthy eating.

Dr Duckett added “how we use the money is a debate for later.

“For now, Australia should introduce this tax because it offers twin benefits: it will reduce the number of people who become obese and it will ensure fewer taxpayer dollars have to be spent on the damage done by obesity.”

The food industry, sugar cane growers, sugar millers and farmers have previously opposed proposals for sugar taxes, there argument being based a lack of evidence that they improve health.

Australian Deputy Prime Minister Barnaby Joyce has described a sugar tax as "bonkers mad" and a "moralistic tax" that would have huge impacts on sugar farmers in the north of Australia.

The Federal National Party leader has stated “if you want to deal with being overweight, here's a rough suggestion - stop eating so much and do a bit of exercise."

The Greens have drafted legislation for a ‘sugar-sweetened beverages tax’, foreshadowing a private Senators bill to be introduced before the end of 2017.